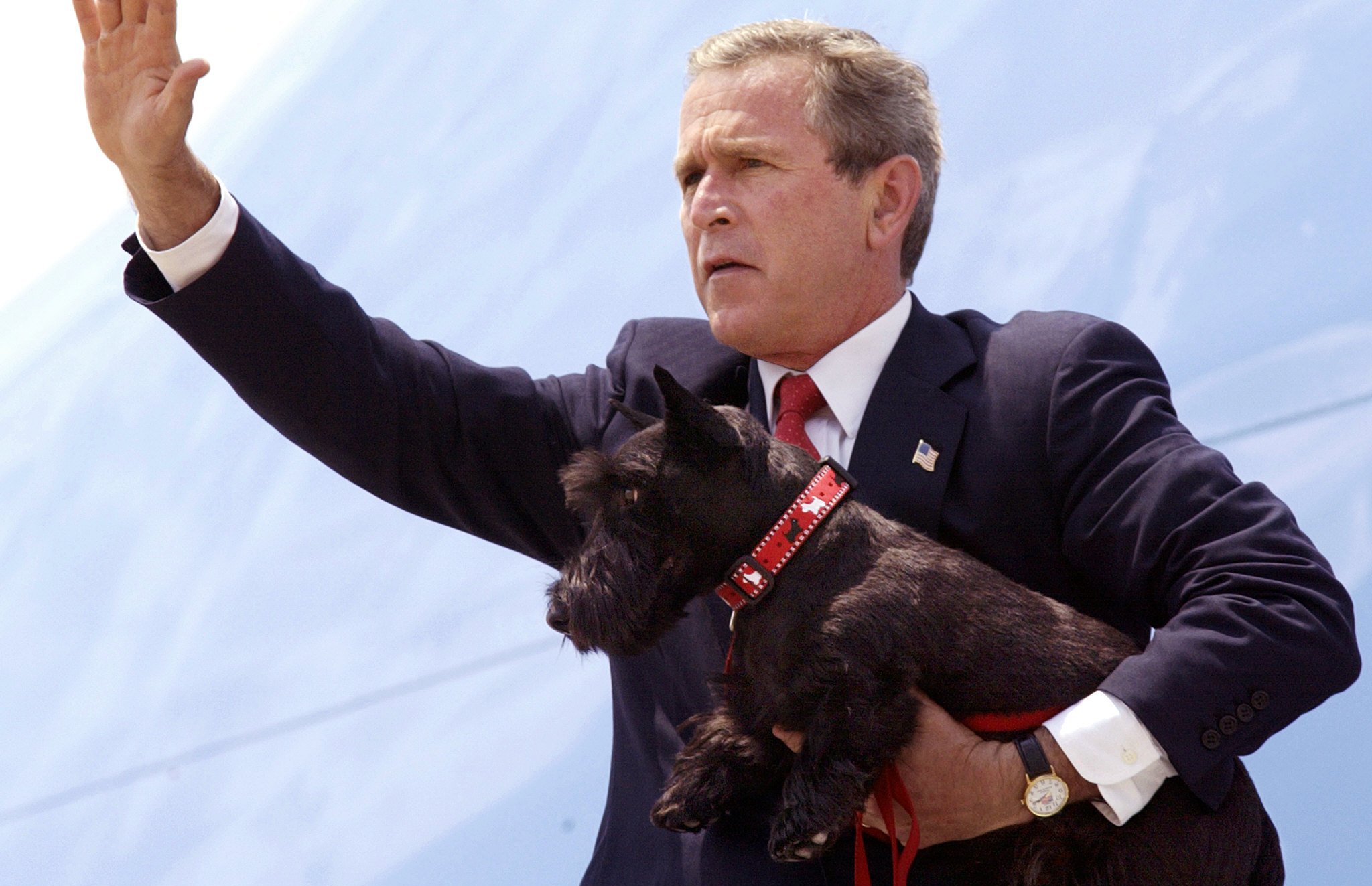 "Barney was by my side during our eight years in the White House," Mr. Bush said. "He never discussed politics and was always a faithful friend. Laura and I will miss our pal."

Along with his statement, Mr. Bush today released a picture of an oil painting of Barney that the former president painted himself. The painting is signed "43." Since leaving the White House, Mr. Bush has kept a low profile and, New York Magazine reported last year, has "taken up painting, making portraits of dogs and arid Texas landscapes."

Below is Mr. Bush's full statement:

Laura and I are sad to announce that our Scottish Terrier, Barney, has passed away. The little fellow had been suffering from lymphoma and after twelve and a half years of life, his body could not fight off the illness.

Barney and I enjoyed the outdoors. He loved to accompany me when I fished for bass at the ranch. He was a fierce armadillo hunter. At Camp David, his favorite activity was chasing golf balls on the chipping green.

Barney guarded the South Lawn entrance of the White House as if he were a Secret Service agent. He wandered the halls of the West Wing looking for treats from his many friends. He starred in Barney Cam and gave the American people Christmas tours of the White House. Barney greeted Queens, Heads of State, and Prime Ministers. He was always polite and never jumped in their laps.

Barney was by my side during our eight years in the White House. He never discussed politics and was always a faithful friend. Laura and I will miss our pal.