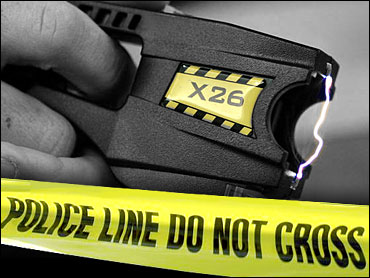 (CBS) HOUSTON - A former car salesman is suing the owners and two employees of the business he worked for after he says they repeatedly ambushed him and shocked him with a stun gun over the past year, CBS DFW reports.

Bradley Jones, 45, claims he was subjected to extreme workplace bullying while he was employed at Fred Fincher Motors in Houston. His attorney Paul Valdevieso says Jones described the shocks as extremely painful.

"He had to change his underwear a couple of times. The shock, the pain, I mean you can hear him screaming on the videos," Valdevieso said, according to the station.

Jeffery Singer, who represents the dealership employees, calls the "shocking" device a toy and calls what happened "horseplay."

"I think that everybody the plaintiff complains of probably also received shocks from him," Singer said.

Singer argues the lawsuit was filed because Jones was fired from the dealership earlier this month. Valdevieso says there is no connection between the lawsuit and Jones' alleged termination.

The dealership in question is owned by Texas State Rep. Patricia Harless. According to the lawsuit, her husband, Sam Harless, is general manager.

Valdevieso contends Sam Harless gave his workers the device and used his phone to record videos of Jones being shocked, the station reports. He says another employee posted those videos on YouTube, but they were removed after the suit was filed.

Singer says Patricia Harless was not involved in any way and he adds he doesn't know who owned the device.

Ezra Miller charged with felony burglary in Vermont
Thanks for reading CBS NEWS.
Create your free account or log in
for more features.
View CBS News In
CBS News App Open
Chrome Safari Continue
Be the first to know
Get browser notifications for breaking news, live events, and exclusive reporting.