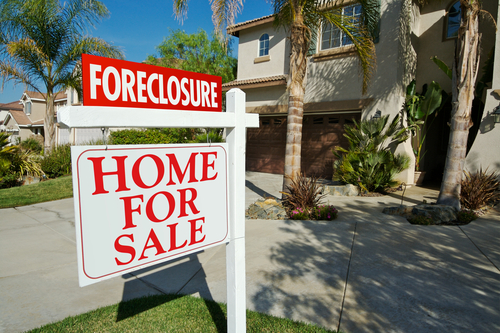 (MoneyWatch) Foreclosures in the U.S. have dropped to their lowest levels since 2007.

According to a new report by research firm RealtyTrac, foreclosure filings -- including default notices, scheduled auctions and bank repossessions -- were reported on 180,427 U.S. properties in September, down 7 percent from the previous month and a 16 percent decline from a year ago.

But conditions in housing markets differ around the country. While foreclosures have been falling for months in some states, others are hurting more than ever before. Different states have also implemented different foreclosure policies.

Following are lists of the states that recorded the greatest decrease and increase in foreclosure activity in September:

Top 10 states where foreclosures are dropping

Top 10 states where foreclosures are rising

"We've been waiting for the other foreclosure shoe to drop since late 2010, when questionable foreclosure practices slowed activity to a crawl in many areas, but that other shoe is instead being carefully lowered to the floor and therefore making little noise in the housing market -- at least at a national level," said Daren Blomquist, vice president of RealtyTrac, in a statement. "Make no mistake, however, the other shoe is dropping quite loudly in certain states, primarily those where foreclosure activity was held back the most last year."

The overall national dip in foreclosure activity in the third quarter is mostly the result of large decreases in states where foreclosures may be completed outside of court, including California, Georgia, Texas, Arizona and Michigan. Not that homeowners in some of these states aren't struggling. Despite a 29 percent year-over-year decrease, for instance, California still has one of the highest foreclosure rates in the country.

Foreclosure activity also continues to rise in several so-called judicial foreclosure states, or those where court intervention is required, including Florida, Illinois, Ohio, New Jersey and New York. The process tends to take longer in judicial states because foreclosure filings must proceed through court, so these states are likely dealing with a longer backlog of foreclosures than non-judicial states.