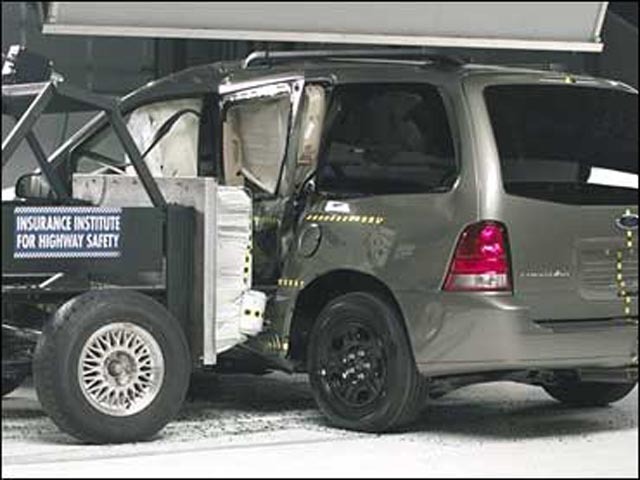 DEARBORN, Michigan - Ford Motor Co. said Wednesday that it is recalling nearly half a million minivans and SUVs because of a pair of mechanical issues.

The Dearborn, Michigan-based automaker is recalling 205,896 Freestar and Mercury Monterey minivans made during the 2004 and 2005 model years, because their torque converter output shaft may fail. If that happens, there could be a sudden loss of power that could cause a crash, Ford said.

Ford is also recalling 244,530 Escape SUVs made during the 2001 and 2002 model years, because their brake master cylinder reservoir cap could leak brake fluid. If the fluid leaks, it could corrode electrical connectors in the vehicle's breaking system and lead to melting, smoke, or a fire, Ford said.

Ford said that with both recalls, it will inform the affected owners, and dealers will replace the parts for free.

In the case of the Escape, Ford said it will begin notifying owners the week of Jan. 23, but because of a parts delay, Ford said it may not be able to fix some of the vehicles right away.

In those cases, Ford said it will tell owners to park their SUVs outside until the parts become available and the vehicles can be fixed.