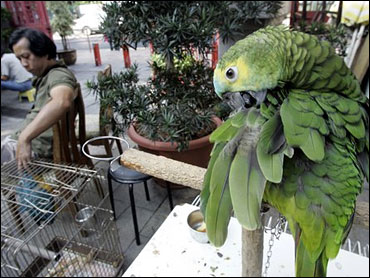 A flu pandemic could kill 3 million people in Asia, trigger economic carnage in the region worth almost $300 billion and push the world into a recession, the Asian Development Bank warned Thursday.

The warning was among several dire scenarios pictured by the bank in a report that examined the likely effects on the region if bird flu produces a human pandemic that slashes consumer demand and sickens millions of workers.

In its grimmest scenario, in which the psychological impact of a pandemic lasts one year, the bank said Asia could loss almost $282.7 billion or 6.5 percent of gross domestic product, in consumption, trade and investment and another $14.2 billion due to workers' incapacity and death.

" ... Growth in Asia would virtually stop," the report said.

The economic impact would likely force the world into a recession, it said.

The scenario assumes about 20 percent of Asia's population would fall ill, and 0.5 percent of them would die.

In a less pessimistic scenario, the bank said that if the psychological impact of an outbreak lasted 6 months, the cost to Asia in lost consumption, trade and investment would be about $99 billion.

China, Hong Kong, Singapore, Malaysia and Thailand would likely be hit hardest by the pandemic, the bank predicted.