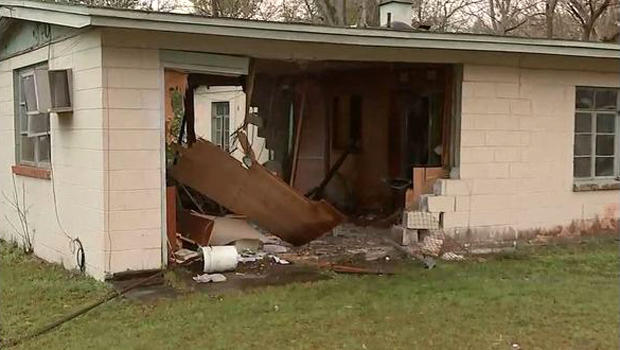 JACKSONVILLE, Fla. -- Authorities in Florida say a 66-year-old woman died when a stolen SUV crashed into her Jacksonville home while she was watching television.

Jacksonville sheriff’s officials tell CBS affiliate WJAX-TV the woman died at the scene Tuesday night. It was about 10 p.m. when the driver of the Lincoln Navigator apparently lost control of the vehicle and smashed through the wall. The SUV continued through the home before coming to a stop in the backyard.

Police say the woman’s 43-year-old nephew was in another part of the home and wasn’t injured. Officials say the driver fled on foot after the crash. The vehicle was reported stolen Saturday.