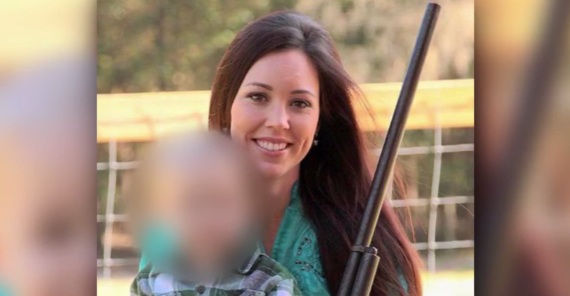 PALATKA, Fla. -- A Florida woman whose 4-year-old son shot her in the back as they rode in her pickup truck will avoid prosecution and any jail time if she satisfies a number of conditions detailed in an agreement announced Friday.

In the deferred prosecution agreement reached with the state attorney's office in Sanford, Jamie Lynn Gilt, 31, agreed to complete a gun safety course, install a mounted holster in her vehicle and provide proof of safe storage of firearms in her home. Gilt also must give 10 speeches about the March 8 shooting and the need to safely secure firearms, according to a news release issued by the state attorney's office on Friday.

The agreement did not specify where the speeches would be given.

Prosecutors say Gilt's son, Lane, was riding in the booster seat when he unbuckled himself and picked up a loaded .45-caliber handgun he found on the floorboard. He fired it through the front seat, striking his mother in the back. He wasn't injured.

Gilt has recovered from her injuries.

Gilt is apparently a gun lover who made numerous social media postings about gun rights, including one about teaching her son to shoot. A community Facebook page listed under Jamie Gilt for Gun Sense was filled with posts advocating for gun rights, including a quote that said "My right to protect my child with my gun trumps your fear of my gun." The Associated Press was unable to verify whether the page, which has since been taken down, belonged to Gilt.

If Gilt complies with the agreement, prosecutors said the charge of unsafe storage of a firearm will be dismissed.