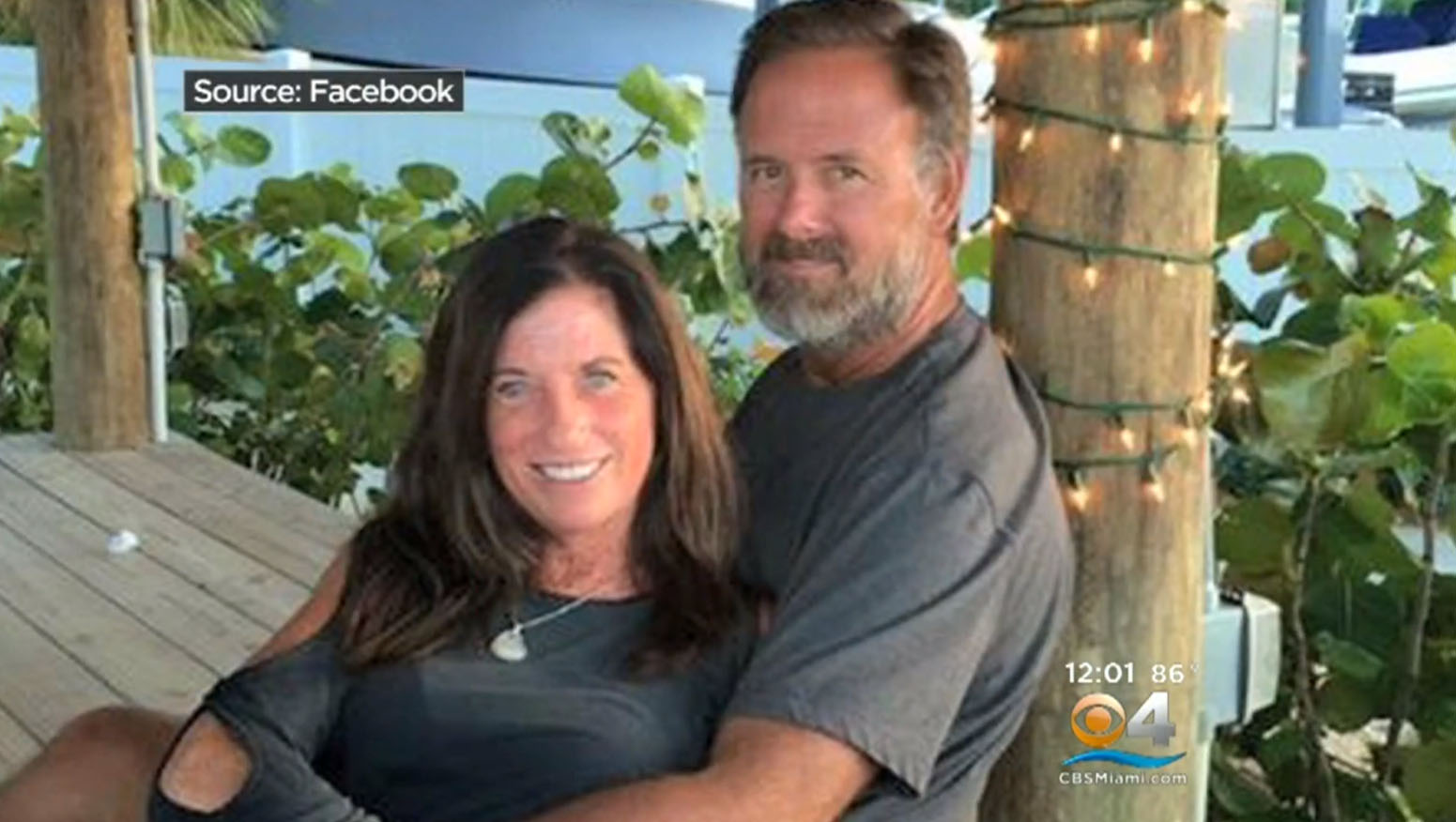 TEQUESTA, Fla. -- A 19-year-old Florida State University student with no criminal record fatally stabbed a couple at random in their garage, wounded their neighbor and was biting the dead man's face when deputies finally subdued him, authorities said Tuesday.

Martin County Sheriff William Snyder told reporters that Austin Harrouff may have been on hallucinogenic drugs when he attacked Michelle Mishcon, 53, and John Stevens, 59, at their Tequesta home late Monday. The teen suspect is now in grave condition at a local hospital suffering from intestinal damage, police say.

The sheriff said Harrouff joined his family for dinner at a popular sports bar and restaurant near the family's home in the small, affluent community on the Atlantic coast about 20 miles north of Palm Beach. But he stormed off around 8:30 p.m., apparently agitated about slow service. His parents were so worried by his behavior that they called police and some of his fraternity brothers in a futile attempt to find him.

Snyder said the teen suspect was on foot, walking in the direction of his father's home, when for unknown reasons he turned onto the street before the one where his father lived. That's where, about 45 minutes after leaving the restaurant, Snyder said Harrouff attacked the victims as they were sitting on a couch in their garage.

Snyder said investigators can find "no nexus" between Harrouff and the victims and called the attack "as random as random can be."

"Not one thing in this case seems to make sense," Snyder said. "We can't get our footing in understanding motive or how this happened."

Snyder said a good Samaritan neighbor called 911 at 9:20 p.m. to report the attack. The neighbor tried to intervene and was seriously wounded, but is expected to survive. Snyder called the man who tried to save the victims' lives a "hero."

When the first deputy arrived minutes later, she used her Taser on Harrouff, but it didn't faze him, he said. She tried pulling him off Stevens' body, but couldn't. Other deputies arrived shortly after, along with a dog, and it took all of them to subdue Harrouff. Snyder said they didn't shoot, fearing their bullets would strike the victim.

"The suspect in this case was abnormally strong," Snyder said, making him think Harrouff was on drugs. He said hospital blood tests showed no signs of methamphetamine, cocaine, heroin or other common drugs; it will take longer to test for less common hallucinogenic drugs such as flakka or bath salts.

"When we see a case like this, when someone is biting off pieces of somebody's face, could it be flakka, the answer is it absolutely it could be flakka case, we don't know," said Snyder. "It will be some time before we get any kind of toxicology report, but I would not be surprised, though, if we end up finding out that is the case."

Flakka had a brief burst in popularity in late 2014 and 2015, primarily in South Florida, but its usage quickly waned after stories circulated about users' deaths and mental breakdowns, and a crackdown was carried out in China, where it has been manufactured.

Snyder, however, said he didn't believe Harrouff lacked complete control over his actions during the attack. He cited the neighbor's account of the attack -- he said Harrouff told the neighbor, "You don't want any of this."

"He had enough of a grasp to say that - that's a pretty lucid comment," Snyder said.

Stevens died in the driveway. Mishcon was found dead in the garage.

Only an autopsy on Stevens had been completed as of Monday afternoon, Snyder said. The man suffered "multiple, serious" stab wounds to his head, chest and neck. Because of the number and severity of the wounds, Snyder said it was unlikely the medical examiner would be able to determine which was the fatal blow.

"I've been in law enforcement close to 42 years, and I've seen a lot of crime scenes," Snyder said. "There, last night, I don't know if I've ever seen anything with this much violence."

The son of a dentist, Harrouff is muscular -- he wrestled and played football at Suncoast Community High School in nearby Riviera Beach, where rosters listed him at 6-feet-tall and 200 pounds. He's a sophomore at FSU, majoring in exercise science.

Dr. Wade Harrouff declined to comment about his son's arrest.

The teen is being treated at a hospital where Snyder said he is in critical condition. Snyder said he was incoherent and making "animal like" sounds when he was admitted. Now, it's not clear whether he will survive - doctors believe whatever he ingested may be affecting his intestines, Snyder said.

The suspect did not suffer stab wounds, Snyder said.

State records show Stevens recently owned a lawn-fertilizing franchise. The couple was known to hang out in the garage with the door open, reports CBS Miami.

Snyder said the victims have been described to him as "delightful people" who were close to their neighbors in a particularly tight-knit community.

"They seemed like a lovely couple out sitting and enjoying the evening," Snyder said.