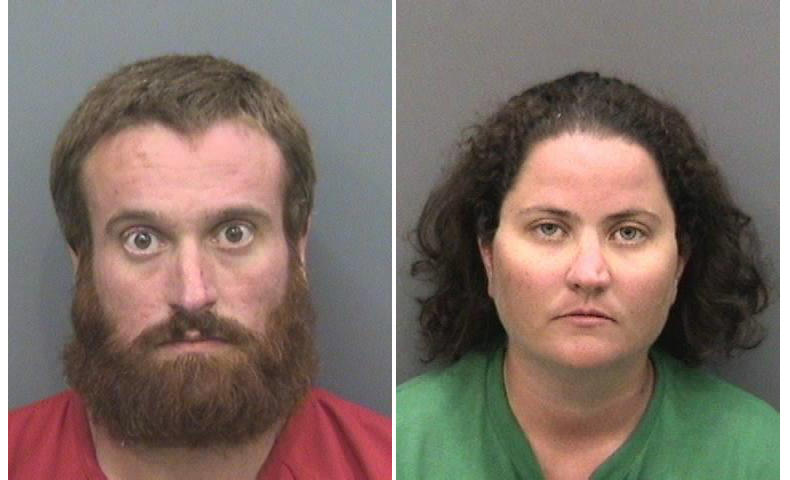 TAMPA, Fla. - A Florida engineer accused of abducting his two young sons and sailing with them to Cuba was sentenced Thursday to 15 years in prison.

Joshua Hakken and his wife, Sharyn, were both sentenced in Hillsborough County Court. Sharyn was sentenced to seven years, with credit for nearly two years already served, plus 10 years' probation.

Authorities say the couple kidnapped their two young sons from Sharyn Hakken's parents in April after they lost custody following run-ins with police. The Hakkens sailed to Cuba, where they were apprehended by U.S. authorities and sent back to Tampa. The grandparents now have custody.

Before he was sentenced, Joshua Hakken gave a lengthy statement to the court. He called himself a prophet and warned that end times are near.

Under agreements with the prosecution, Sharyn Hakken faced up to 10 years in prison after pleading guilty to two counts of kidnapping; Joshua Hakken faced up to 15 years behind bars after pleading guilty to the kidnapping charges, as well as burglary of a dwelling with assault or battery and grand theft auto. He was also given 15 years of probation.

Had they been convicted at trial, the couple could have faced life in prison.

"I am here to warn human kind that the end of times is upon the world," he said, describing conspiracies involving the government, the military and others.

Sharyn Hakken, who was diagnosed as having severe depression and who cut herself as a teenager, apologized profusely for her actions, and said she's now free of her husband's delusions.

The children were removed from the couple in 2012 at a hotel in Slidell, La., where police found Joshua Hakken passed out in a room with marijuana and weapons. His wife had bruises on her body and was ranting about being a ninja in the witness-protection program, authorities said.

On April 9, 2013, Joshua Hakken broke into the home of Sharon Hakken's mother, Patricia Hauser, tied her up with zip ties and took the boys. He met up with his wife, and the family drove to Johns Pass before fleeing on a 25-foot sailboat on a 330-mile journey to Cuba.