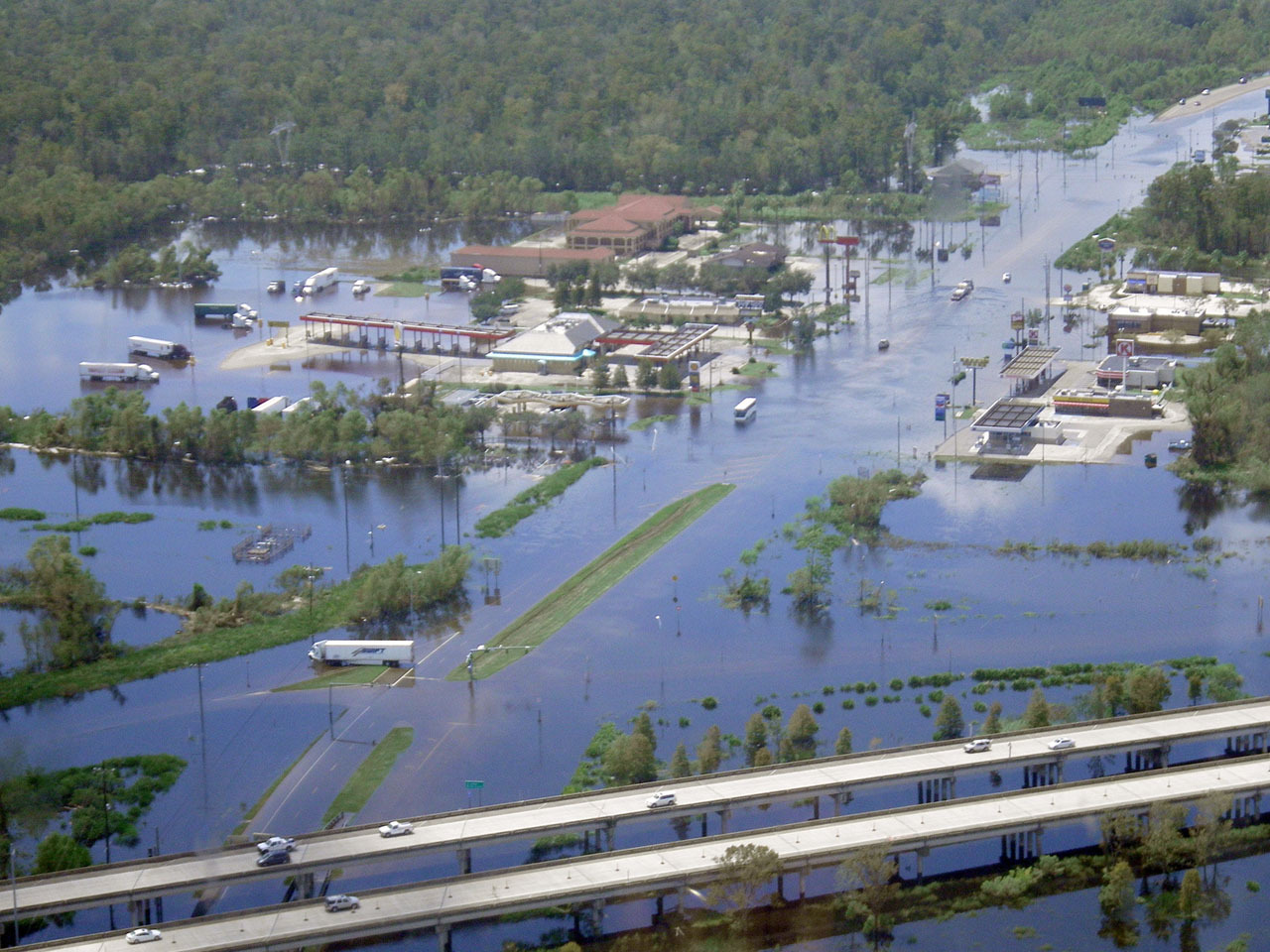 (CBS/AP) NEW ORLEANS — About a quarter of a million customers remained in the dark Monday in Louisiana and Mississippi, days after Isaac inundated the Gulf Coast with a deluge that still has some low-lying areas under water.

Thousands of evacuees remained at shelters or bunked with friends or relatives.

"My family is split up," said Angela Serpas, from severely flooded Braithwaite in Plaquemines Parish. Serpas and her daughter were staying with her in-laws while her husband and son were staying in Belle Chasse, a suburban area of the parish.

"This is the second time we've lost our home. We lost it in Katrina," she said.

Meanwhile, inspectors from the Federal Emergency Management Agency are out trying to get a handle on losses. FEMA opened a recovery center in Pascagoula, and officials say more centers could open in the coming days.

"We are part of a team to make sure Hurricane Isaac is put to rest as soon as we can for all those affected," Napolitano said. "In the meantime, please know all of us are thinking about those in Louisiana who are without their homes or without their businesses."

At least seven people were killed in the storm in the U.S. — five in Louisiana and two in Mississippi.

More than 2,800 people were registered at various state, local and Red Cross shelters in the state, down from around 4,000 earlier. State officials were uncertain how many people would eventually need longer-term temporary housing. Kevin Davis, head of the state's emergency office, said that housing would likely include hotels at first, then rental homes as close as possible to their damaged property.

Progress was evident in many places. Workers continued their return to offshore oil and gas production platforms and drilling rigs, electricity came on for hundreds of thousands of people and the annual Southern Decadence Festival, a gay pride celebration, carried on in the French Quarter.

In Baton Rouge, thousands of gamblers even gathered for the opening of Louisiana's newest riverboat casino — an opening that was delayed three days by Isaac.

Crews in the town of Lafitte intentionally breached a levee Sunday night in an effort to help flooding there subside, Jefferson Parish Councilman Chris Roberts told The Times-Picayune.

Much of Plaquemines Parish, a vulnerable finger of land that juts into the Gulf of Mexico, remained under as much as 5 feet of water, Parish President Billy Nungesser said. The Category 1 hurricane walloped the parish, and for many, the damage was worse than that from Katrina in 2005.

"I've never seen water come up this quick this fast," he said.

Nungesser said there were reports that cattle in the largely rural parish took refuge on porches. In one instance, cattle broke through a window and lumbered onto furniture to stay above water.

Controlled breaches of one overtopped levee and additional pumps are being used to get rid of the water.

In Mississippi, Gov. Phil Bryant reported 125,000 people were evacuated, though most returned home Sunday. Less than 100 people remained in shelters. Bryant said 924 people had to be rescued during Isaac.

Entergy, which provides power to most of the people who lost it, was under fire over the weekend from local government officials for what they said was a slow pace of restoration. Jefferson Parish President John Young said widespread outages were hampering businesses' recovery from the storm and he would ask the state Public Service Commission to investigate.

Entergy spokesman Chanel Lagarde noted that Isaac had lingered over the state after Tuesday's landfall and said Friday was the first day the corporation could get restoration efforts into high gear.

"We are working hard. We do have a good plan and we're going about it in an approach that we think is going to be effective," Lagarde said.