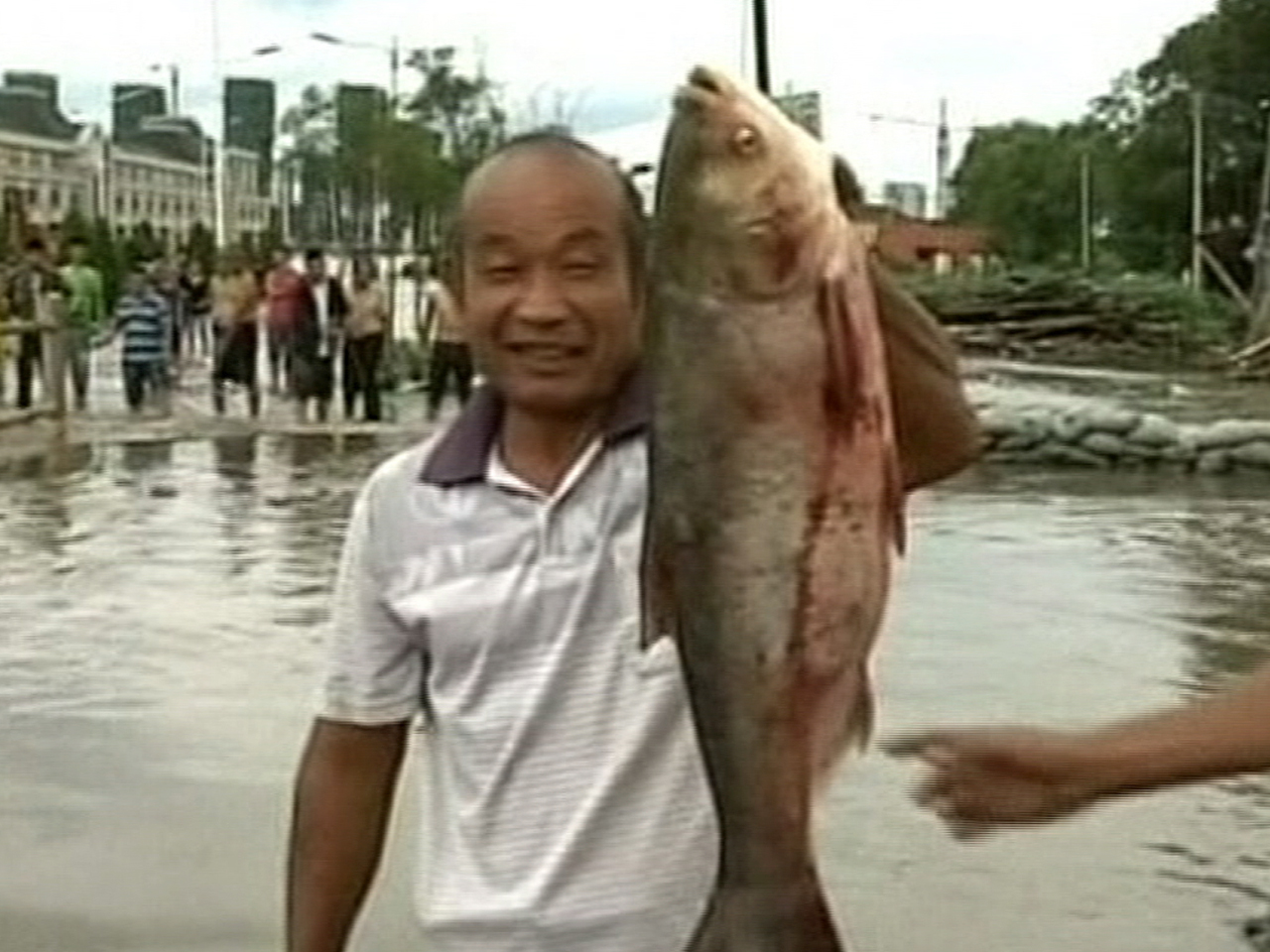 BEIJING Typhoon Soulik was been downgraded to a storm after forcing the evacuation of hundreds of thousands of people in southeast China and killing at least two in Taiwan. China's National Meteorological Center said it was downgraded to a tropical storm by late Saturday, and by early Sunday morning it had further weakened to a tropical low pressure after moving inland from Fujian province.

After being downgraded, however, the storm dumped enough rain in one northeast China city to allow residents to fish in the streets.

In Fuxin, a city in northeast China's Liaoning Province, residents said water rose so rapidly in the downtown area on Tuesday that a pond filled with fish overtopped its banks, allowing the fish to swim into an intersection, Reuters reports.

Residents rolled up their pants and reached into the water to catch the fish, some of which weighed up to five pounds, Reuters reports.

Parts of the city of 2 million saw water rise to up to six feet deep.