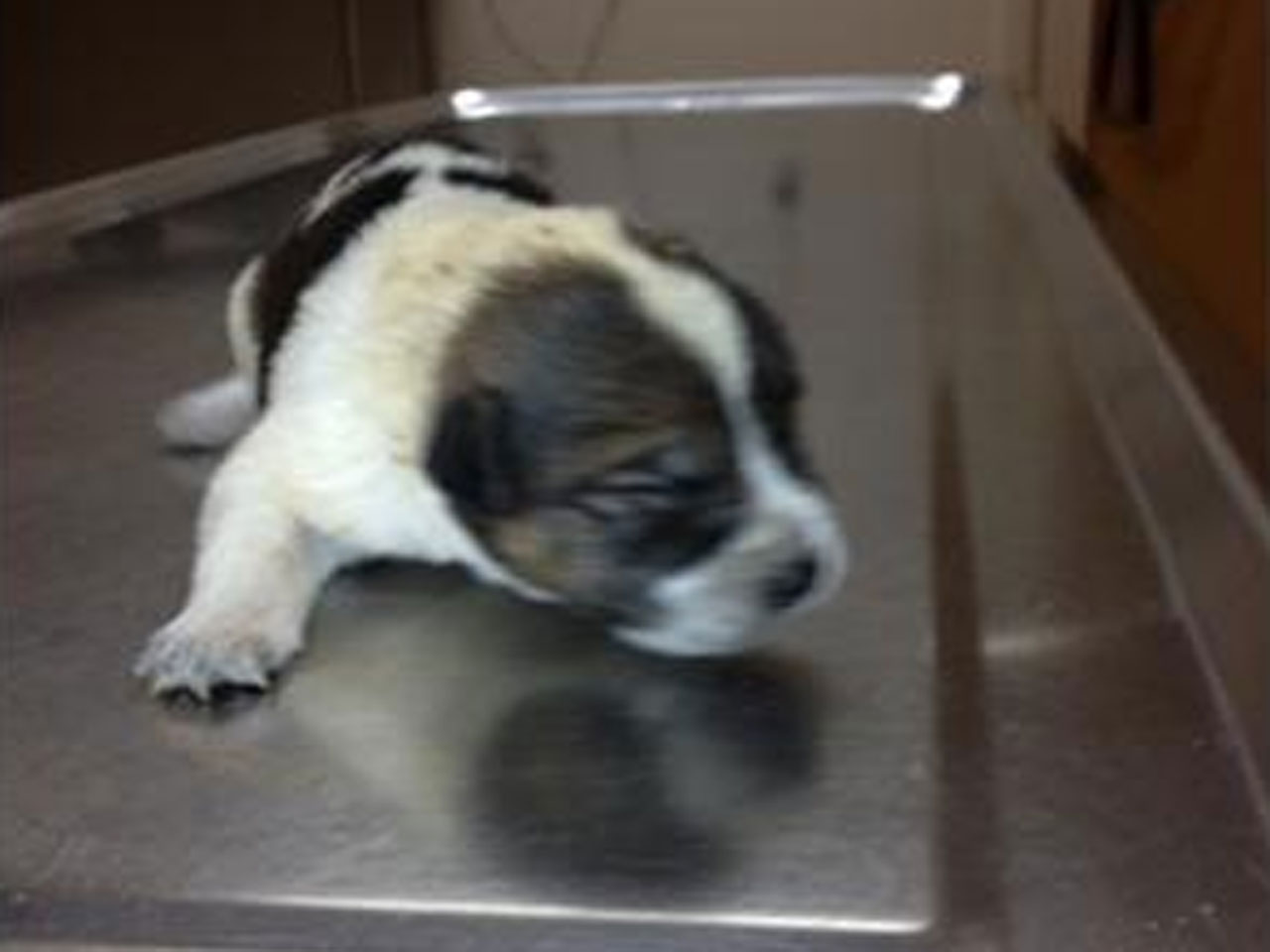 WILLISTON, Fla. Police officers have discovered a puppy who was buried alive and are now looking for the culprit.

Williston Police Department officers were destroying evidence in accordance with a court order when they heard an animal whimpering, according to a press release. After realizing the sounds were coming from underground, the police began digging and found a male puppy about two weeks old. His eyes had not even opened yet.

The puppy was taken to the Levy Animal clinic, where it is being cared for. Williston Police Chief Dennis Strow told the Gainesville Sun the dog was fed with a baby bottle at the clinic and has since progressed to solid food. The puppy will be placed in a permanent home eventually.

Luckily, it seems the dog wasn't buried for that long until he was discovered by the police. Strow estimates it was less than an hour before he was found.

Calling the act cowardly, Strow said he wants to find the party responsible.

"Somebody knows who did this. I guarantee we're going to follow this one and prosecute whoever did this to the fullest extent of the law," Strow said.