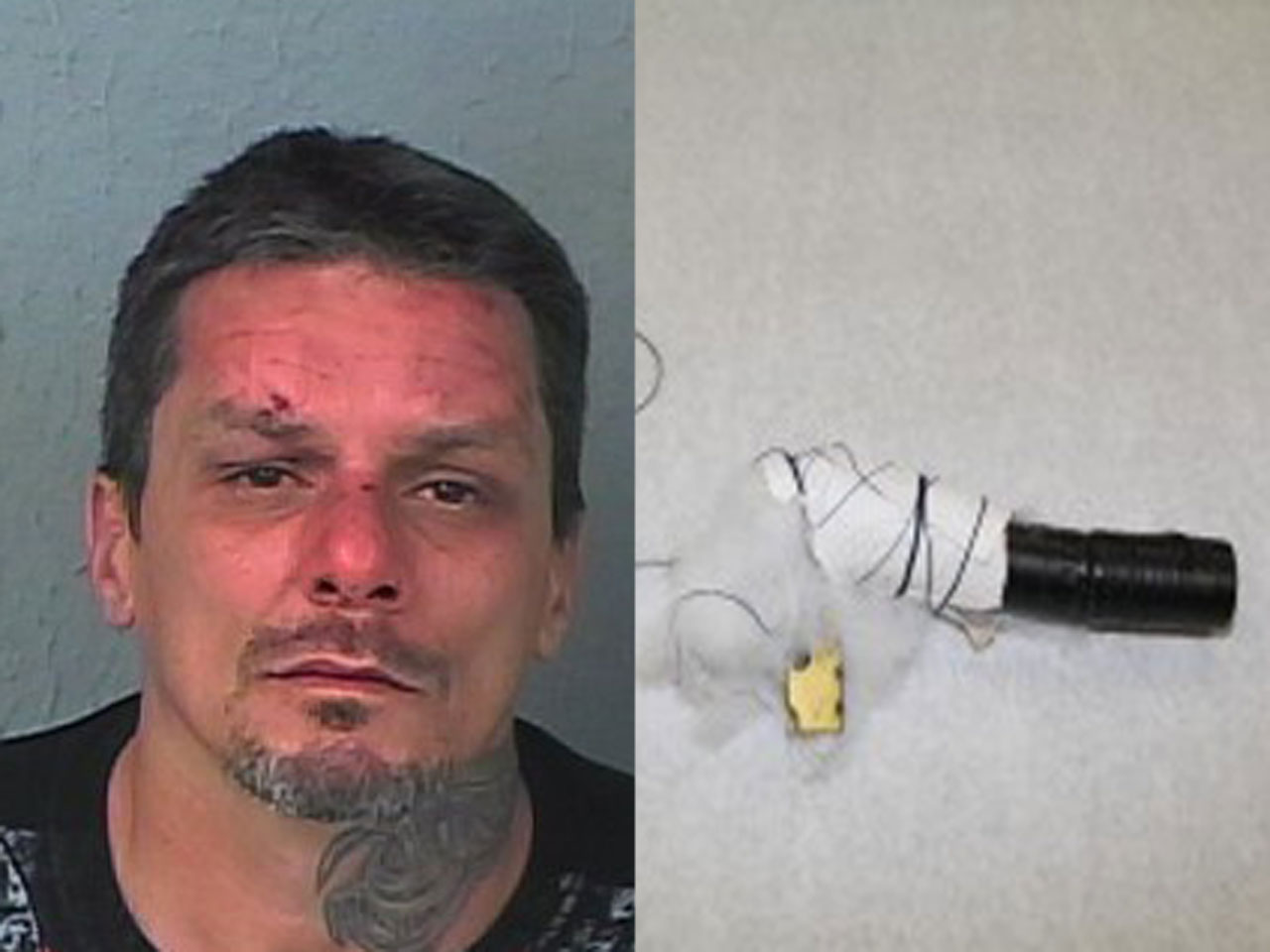 (CBS) BROOKSVILLE, Fla. - A Florida man was arrested Saturday when he allegedly tried to rob a tattoo store with a fake handmade gun constructed from 3 "D" batteries, electrical tape, cardboard and furniture stuffing.

CBS Tampa reports according to the arrest affidavit, David J. Pereira entered the tattoo store wearing sunglasses, and a black hooded sweatshirt over a baseball cap. Showing his phony weapon, he demanded his "sister's money."

A fight broke out and Pereira was separated from his "gun" and held until police arrived and arrested him.

Cpl. Wendy McGinnis, the County Sheriff's Public Information Officer, stated that police were "unclear of what Pereira meant by "his sister's money." She added that there were indications Pereira was "under the influence of an unknown substance."

The dangerous arts and crafts project proved effective in one respect; victims and witnesses said they believed Pereira had a gun or some type of Taser, the arrest report states.