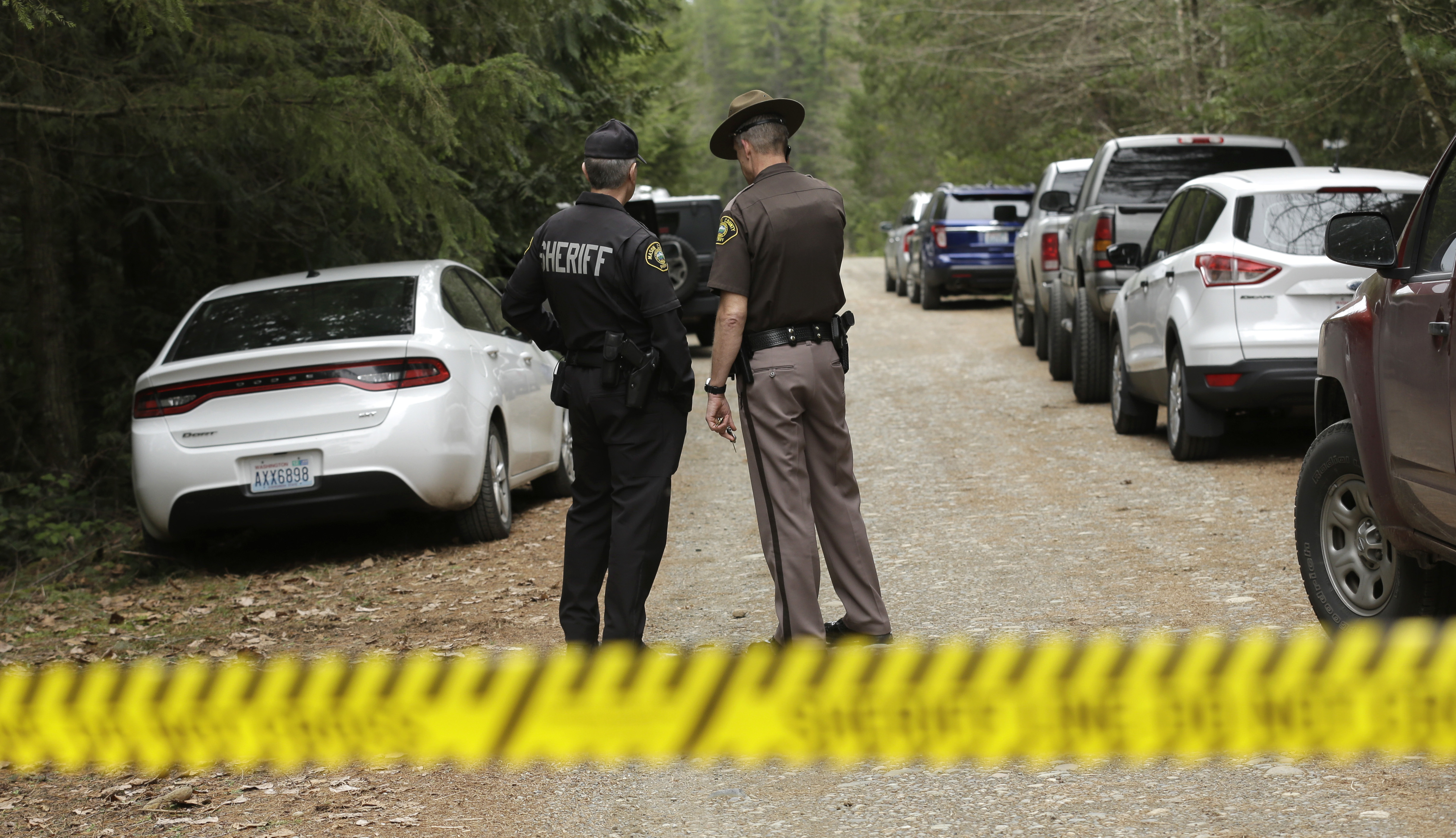 BELFAIR, Wash. -- A gunman who killed four people in rural Washington state called an officer he previously encountered to say he shot his family, leading to an hourslong standoff at a home Friday that ended with his suicide, authorities said.

A 12-year-old girl related to the victims survived and was taken to the hospital for an evaluation, Mason County sheriff's Chief Deputy Ryan Spurling said. Her condition was not immediately known.

"Apparently she's OK," Spurling said. "I don't know if this is a daughter, or step-daughter, or what the relationship is, but she escaped from the house."

Neither the gunman nor his four victims have been identified.

The officer who took the shooter's call went to the home across Puget Sound from Seattle with another deputy. Authorities negotiated with the man for about three hours before a SWAT team entered the house in a heavily wooded area and found the bodies.

According to CBS affiliate KIRO, the assailant walked outside and shot himself in front of law enforcement.

"It's a terrible tragedy," said Sheriff Casey Salisbury. "It's just as tragic I think for law enforcement and the emergency service workers that are up there as well."

Authorities did not detail the previous interaction between the shooter and the officer he called.

Officers said they had 11 buildings to clear on the property but reported they had found the bodies shortly after entering the first building.

A neighbor, Dawn Erickson, told KIRO she heard "lots of shooting" on Thursday night but that target practice is common in the area.

Jack Pigott, who lives down the road, said he heard gunshots Thursday night but none Friday.

The couple who lived in the house about 25 miles southwest of Seattle were in their 40s and had been married for four or five years, Pigott said. The wife had two teenage sons who were adopted from Russia during a previous marriage. She also had a daughter who was adopted from China.

Pigott said the husband had a heating and air conditioning contractor business. He had recently been hospitalized, Pigott said, but he didn't know why. When he returned home, he was on a lot of medications, Pigott said of the man.

It was common for the family to do shooting practice, Pigott said, and that's what he thought of when he heard the gunfire.

"I was getting a load of wood into the house, and I hear some gunshots," he said. "Four or five, a pause and then another round."

Pigott said residents know each other in the area that has homes with large lots with room for horses.

"It's actually really scary because when you live out like this, you want to feel like your neighbors are someone you can rely on, not somebody you have to be afraid of because we are out in a secluded area," said another neighbor, Lynn Johnson.