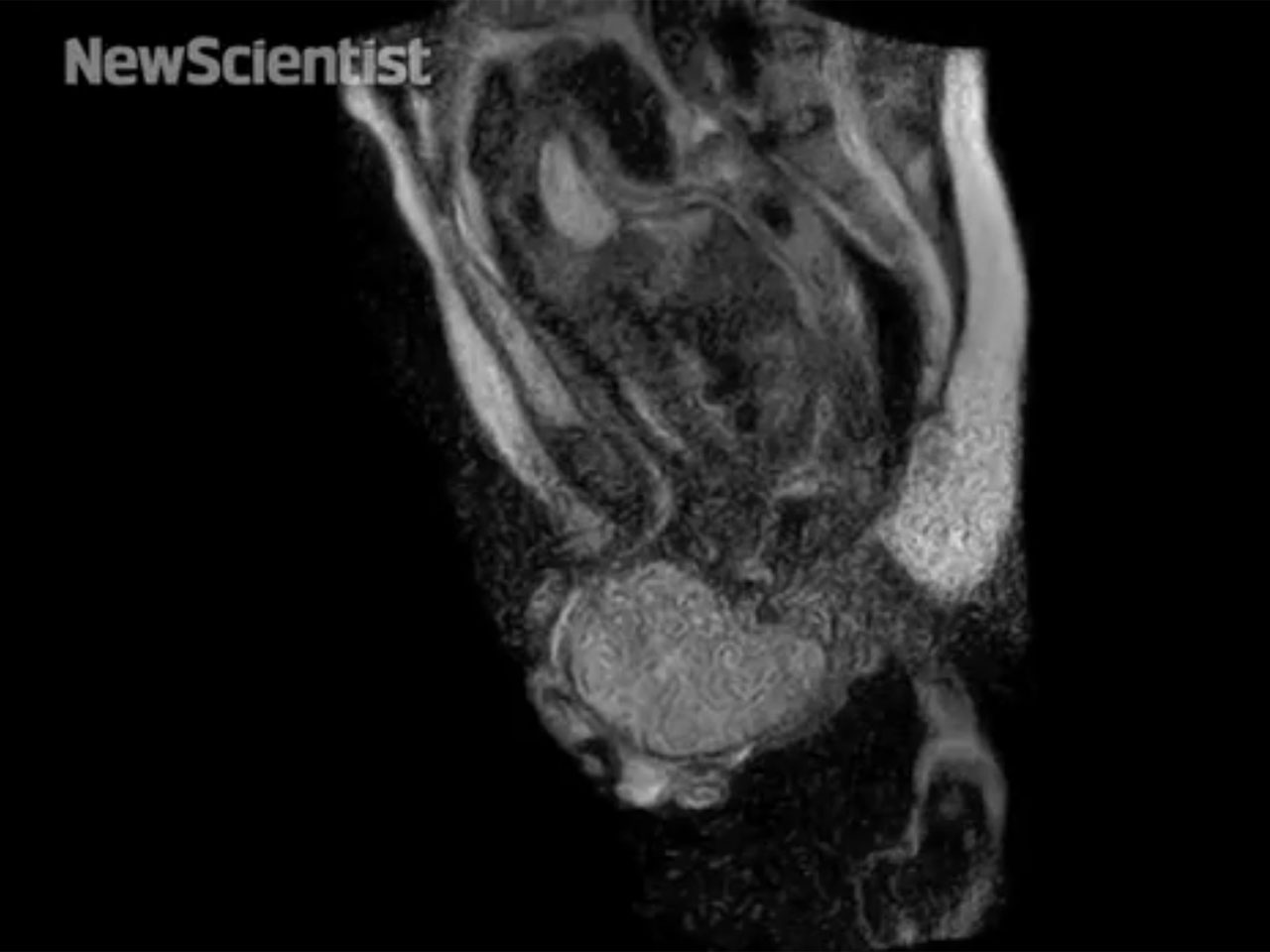 (CBS News) Recently released video of a woman giving birth is providing people with their first look at what childbirth looks like from the inside.

Using an cinematical MRI, which takes multiple images of the same body part and then stitches them together to create a movie, German scientists at the Charite University Hospital in Berlin were able to create the first film to show what the interior of the birthing process looks like.

While images of the birth and the study were previously published in the American Journal of Obstetrics & Gynecology and the birth occurred in November 2011, the video wasn't available for public viewing until today.

Because researchers used an MRI, which is not known to omit ionizing radiation, there was not the same radiation risk for the mother or fetus compared with other scans.

NewScientist reports that the video will give researchers more information about the fetus as it travels through the birth canal. It shows the fetus' location in regards to the pelvis, and can help doctors learn more about how to deliver and manage labor. For example, videos like this may be able to show doctors when a fetus will need to be delivered by cesarean delivery well before it may be too late. Researchers also hope that this method can be used to make real-time videos that can instruct others through virtual reality about safe birthing methods.