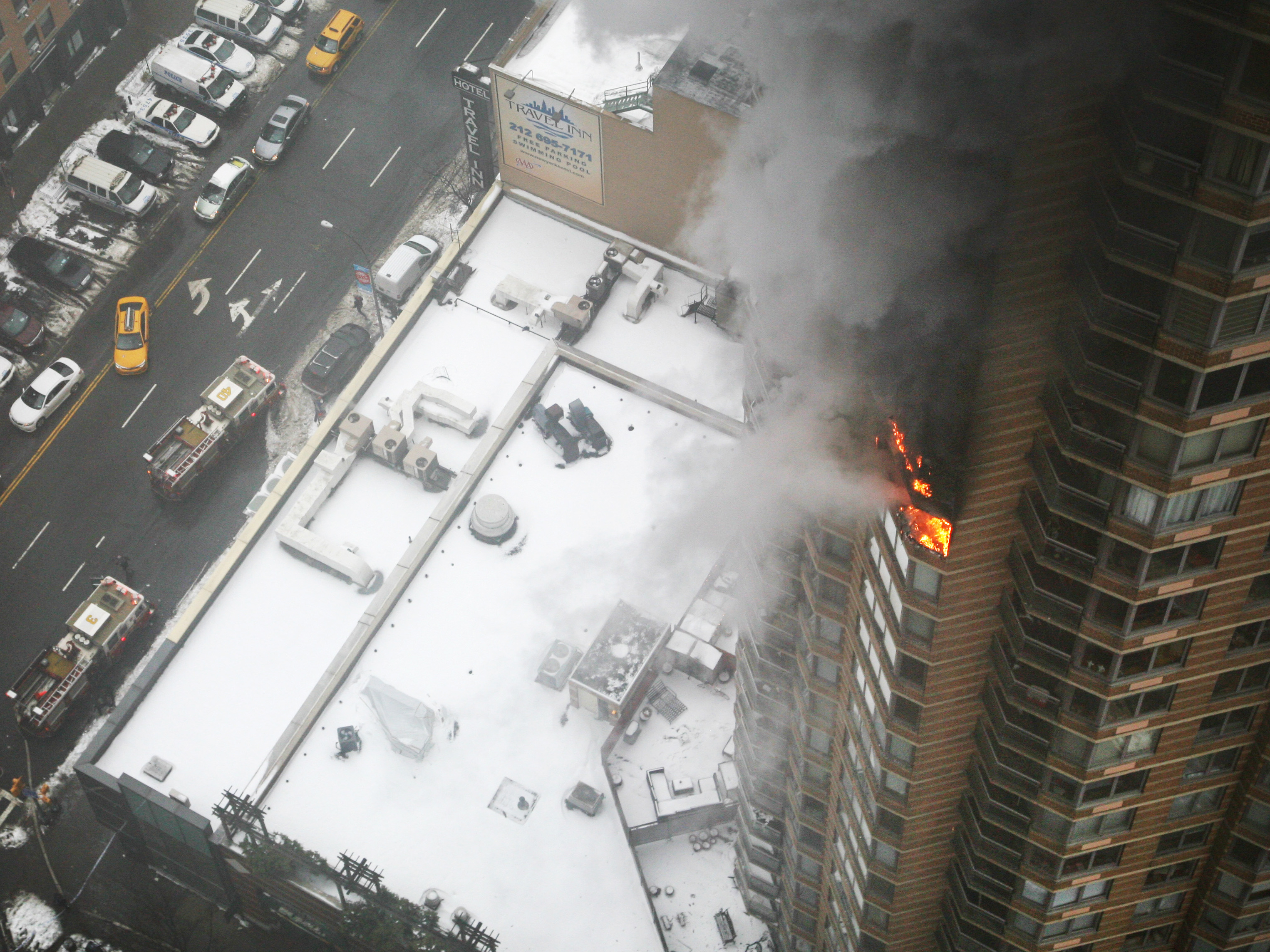 NEW YORK - One man was killed and another was injured in a three-alarm high-rise apartment fire in midtown Manhattan on Sunday, authorities said.

Firefighter spokesman Danny Glover said the fire was reported shortly after 11 a.m. Sunday in an apartment on the 20th floor of a building at 43rd Street and 10th Avenue. About 150 firefighters battled the fire and brought it under control shortly before 1 p.m., Glover said.

It was not immediately clear what caused the fire, which spread heavy smoke to several apartments around the affected apartment, Glover said.

Police said one of the victims, 27-year-old Daniel McClung, was taken to a hospital where he was pronounced dead. The other victim, a 32-year-old male, was hospitalized in stable condition, police said.

Assistant Fire Chief John Sudhik told the Daily News the victims were overcome by smoke and flames in the stairwell.

Five firefighters suffered minor injuries battling the blaze and several civilians were injured but refused to go to the hospital, a fire official said.