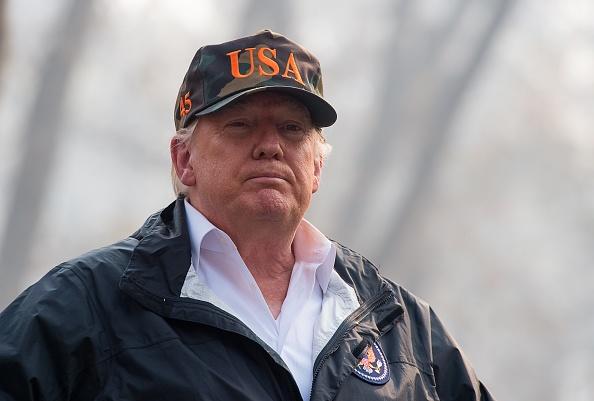 While touring a town ravaged by the Northern California Camp Fire on Saturday, President Trump said Finland's president claimed the country doesn't have many problems with forest fires because it spends "a lot of time on raking." Finland's President Sauli Niinistö said the topic of raking never came up in their conversation.

Mr. Trump was visiting Paradise, California, this weekend with California Gov. Jerry Brown, California Governor-elect Gavin Newsom and Paradise Mayor Jody Jones when he was asked what could be done to prevent a similar disaster in the future. The wildfire has been called the deadliest and most destructive in the Golden State's history.

"You gotta take care of the floors. You know? The floors of the forest. Very important," said Mr. Trump. "I was with the President of Finland and he said, 'We have a much different — we're a forest nation.' He called it a 'forest nation.' And they spend a lot of time on raking and cleaning and doing things, and they don't have any problem. And when it is, it's a very small problem."

Niinistö said he doesn't remember mentioning raking leaves with Mr. Trump, but did say the two leaders spoke about the California wildfires when they met in Paris in early November.

"I mentioned [to] him that Finland is a land covered by forests and we also have a good monitoring system and network," Niinistö told lta-Sanomat, Finland's second-largest paper on Sunday. He also told the newspaper that he remembers uttering the phrase "we take care of our forests" during their conversation.

Twitter quickly learned of the raking comments, with many from Finland ridiculing Mr. Trump by tweeting images of themselves or others raking in the forest. Some used the hashtag #haravointi, which is translated to #Raking in english.

The Camp Fire in Butte County in Northern California, one of two major blazes in California, has scorched some 150,000 acres of land, killed 77 people and led to at least 1,000 missing people.

The Woolsey Fire in Southern California has burned 96,949 acres and killed three people.

Woman shot and killed while pushing baby stroller in NYC