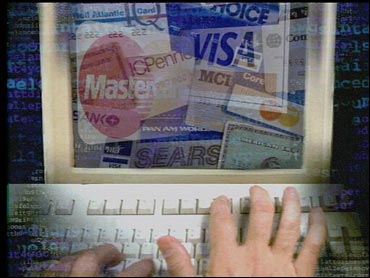 Gov. Gray Davis has signed some of the nation's most sweeping financial privacy legislation, allowing California consumers to block banks, insurance companies and other institutions from sharing their personal information.

The bill-signing ceremony Wednesday at the Pacific Stock Exchange allowed Davis to grab a piece of the spotlight amid the frenzy of political maneuvering in the effort to remove him from office. The privacy legislation has been one of the showpiece acts that the Democrat hopes will resonate with voters in advance of the Oct. 7 recall election.

"Most Californians are stunned to learn that financial corporations trade their names for money," Davis said, surrounded by dozens of stockbrokers on the exchange floor. "That is wrong, and when I sign this bill, that practice will stop."

He dismissed the suggestion that his efforts to stay in office drove his support for the bill, saying after a drawn-out legislative process it "is in a little better shape than it was four years ago."

The Legislature approved the bill last week after four years of wrangling over the proposal. The legislation faced heavy opposition from business groups and financial firms, but supporters gathered enough signatures to put an even more restrictive initiative on the March 2004 ballot.

The law will require permission from a customer before financial institutions share with an unaffiliated company information such as bank balances or spending habits.

The bill also includes a provision under which consumers could bar a company from sharing information with an affiliated firm if it was in a different line of business.

Still, concerns persist among some privacy watchdog groups that federal legislation could trump California law. A bill now in Congress would amend the Fair Credit Reporting Act and bar any state from having the authority to prevent banks from sharing private consumer information with affiliates.

"It's good news that California now has the strongest privacy laws in the nation," said Jerry Flanagan, spokesman for the Foundation for Taxpayer & Consumer Rights. "Now the fight is in Washington, D.C. because if (President) Bush has his way, Californians' privacy will not be protected and banks will be allowed to override the California law."

Davis acknowledged that federal legislation could undermine California's new standards, but predicted California had started a trend other states would follow.

"I predict it will sweep across America like a prairie wildfire," he said.

Consumer advocates who aren't ready to take that for granted were in Washington Wednesday, sounding the alarm on the need to protect personal information and warning against the bill Congress is now considering.

The Foundation for Taxpayer and Consumer Rights say personal information is so vulnerable now that it was able to go on the Internet and purchase the Social Security numbers and home addresses of U.S. Attorney General John Ashcroft, CIA Director George Tenet and Attorney General John Ashcroft, and Karl Rove, the president's chief political adviser.

The California-based group says that feat, easily accomplished on the Web, clearly illustrates the need for stronger protections of personal information.

The CIA declined to comment, and calls to the Justice Department were not immediately returned.

Specifically, the foundation is concerned about legislation in the House that would amend the Fair Credit Reporting Act. The bill, sponsored by Reps. Spencer Bachus, R-Ala., Darlene Hooley, D-Ore., and dozens of other members, aims to prevent identity theft and improve the accuracy of consumer records, among other things.

While backing the overall goals of the bill, the group's executive director, Jamie Court, objected to a portion of it that would continue a current pre-emption of tougher state privacy laws.

"Banks and insurers should not be able to go to Washington as an end-run around the most protective state privacy laws," Court said.

Bankers say the industry highly regulates the sharing of personal information. Diane Casey-Landry, president and CEO of America's Community Bankers, said there is support for a national standard for privacy. But she argues that working with a patchwork of different rules in different states could lead to new barriers for consumers seeking loans and increase the cost of loans because of the additional paperwork.

The Bush administration has urged Congress to act quickly to strengthen the nation's credit laws and has praised the House bill. It is expected to come up for a vote in the first few weeks after lawmakers return from their August recess.

A spokesman for Bachus, Evan Keefer, said the legislation has important new provisions that will be tough on fraud. He said the issue raised by the foundation is something lawmakers would look at in conference, after votes in the House and Senate.

The foundation wants to see a strong national law on credit reporting, but Court said that should not preclude states from passing even stronger privacy protections.

He said stopping trafficking of information among corporate affiliates is key because some companies have hundreds of businesses under the family umbrella. For example, a banking corporation might have a number of insurance, securities and real estate affiliates it does business with and financial data might be swapped among all.

"If you cannot stop the traffic in your information among corporate affiliates, you don't have privacy in this nation," Court said.