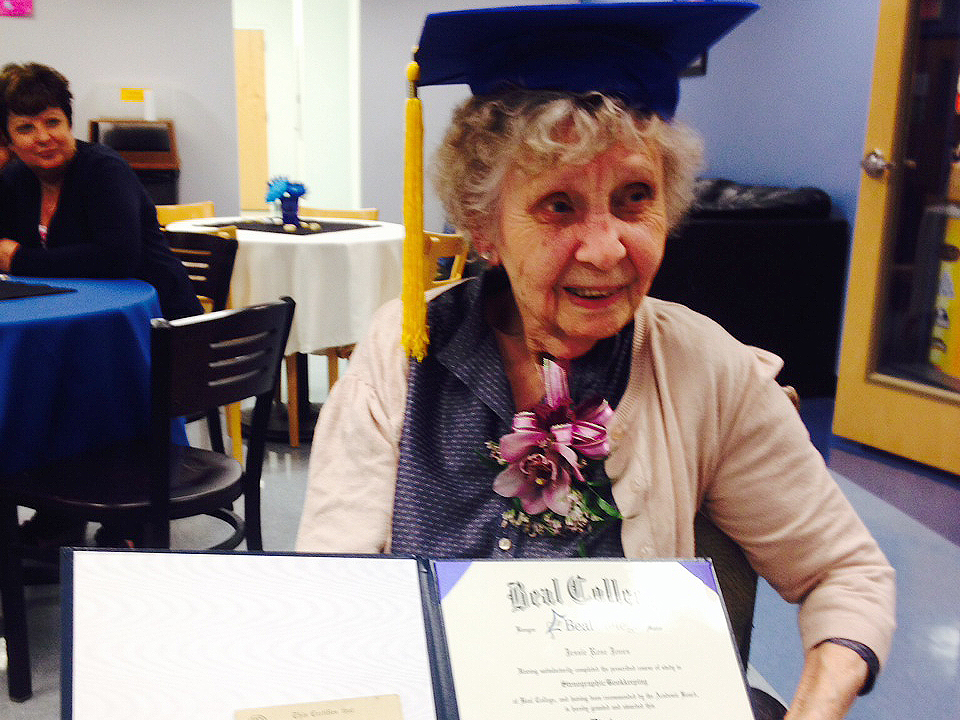 It took 75 years and $5, but Jessie Rose White finally received her college diploma -- at the age of 99.

White's story came to the attention of Beal College President Allen Stehle when a friend of White's contacted him about her lack of a diploma. The college, which was founded in 1891 and based in Bangor, Maine, had trained White in stenography and accounting, and while she finished the course work, she ran out of money for the actual piece of parchment to hang on her wall.

"It bothered her for this many years," Stehle told CBS MoneyWatch. "She's really a young person at heart, and it meant something to her. She wanted to have that trophy of what she accomplished in 1939."

White had attended Beal College thanks to a gift of $500 from an uncle, and she told Stehle that while she had to watch her dollars, she ended up $5 short and couldn't pay her graduation fee.

"We researched our files and found her application and files," he said. "She had completed everything. She had earned the diploma, but had never received the formal recognition."

Stehle said he paid the $5 himself, and asked if she would like to attend the school's regular commencement, held earlier this month, but she thought it might be too much for her. So, the college organized a "mini-commencement" for her on Friday.

"It's such an inspiration for young folks, that someone at 99 wanted to complete her mission," he said.

White was diagnosed with polio as a child and told Stehle about her difficulties walking to the school on crutches. After her college studies, she said she encountered discrimination because of her disability. "She told me, 'No one could tell me what I couldn't do.'"