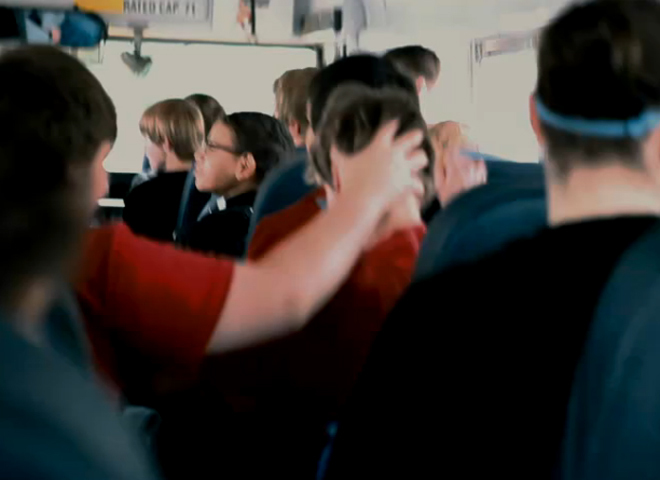 (CBS News) An acclaimed new documentary with an important message about bullying has been slapped with an R rating, for language, by the MPAA.

"Bully" follows five kids and their families, and the fallout of bullying in their communities; the denial of school officials and parents ("Kids will be kids"); and the efforts being made to stop the behavior that will target 13 million schoolchildren this year.

The R rating means children under 17 cannot see the film unless they are accompanied by a parent or guardian, and would also prevent "Bully" from being shown in many schools.

The film's distributor, The Weinstein Company, lost an appeal to the MPAA board to have the rating changed to PG-13. While the company could release the film without any rating, that would limit its reach - many theaters will not show films without an MPAA rating, and many newspapers will refuse to advertise it.

One young woman (who herself had been bullied in middle school) was inspired to create an online petition demanding the rating be lowered to PG-13, so that more young people - those who suffer bullying, and those who themselves bully others - could see the film. It has garnered nearly a half-million signatures.

One commenter on the petition site asked, "Why is it that a violent movie can get a PG-13 rating, but a movie aimed at curbing violence gets an R?"

Appearing on "CBS This Morning: Saturday," the film's director, Lee Hirsch, said access to the film is important. "Millions of kids are dealing with bullying, day in and day out, not only here but abroad," he said. "We really think kids ought to see the film because it's for them."

Hirsch said while kids could technically see the film if their parents go with them to the theater, for many that is not an option.

"A lot of kids have also written us and said, 'My parents will would never in a million years take me to see this film,'" Hirsch said, "not even because it's rated R but because they wouldn't have the time, or they would choose to see something much more action or romantic comedy with their one night off. You can't trust that parents will make that choice."

Also, he said, some young people might not be comfortable seeing the movie with their parents.

Katie Butler started an online petition at change.org because when she was in middle school she was bullied for being openly gay.

"I thought [the film] had such a great message and it was so powerful and it could change the climate of bullying in the United States - and having that R rating definitely makes it really hard for kids to see it and really, really hard for it to be shown in schools," Butler said. "I want to make sure all of the kids can see it and all of the schools can show it."

When asked about the argument that some of the offending language could be edited out, in order to curry a more lenient MPAA rating, Butler said, "That language is the language that kids use in schools every day, that's the language they used to bully me. Everyone hears it. They don't go into school and edit out that language.

"I think it definitely takes away the strength of that message if it were to be removed," she said.

"Words have power," added Hirsch, "and if you're telling a true story about bullying, that actually matters because what we're trying to do is establish what it looks like, what it feels like, what it's like to walk in the shoes of someone that goes through this.

"If you cut that out, if you minimize that, it's one more act of society going, 'Ah, kids will be kids, it's not that bad.' I think what we're really trying to do is honor actually what really happens to Katie, what happened to me when I was bullied, and [to] other kids."

To watch the complete interview with Hirsch and Butler click on the video player below.