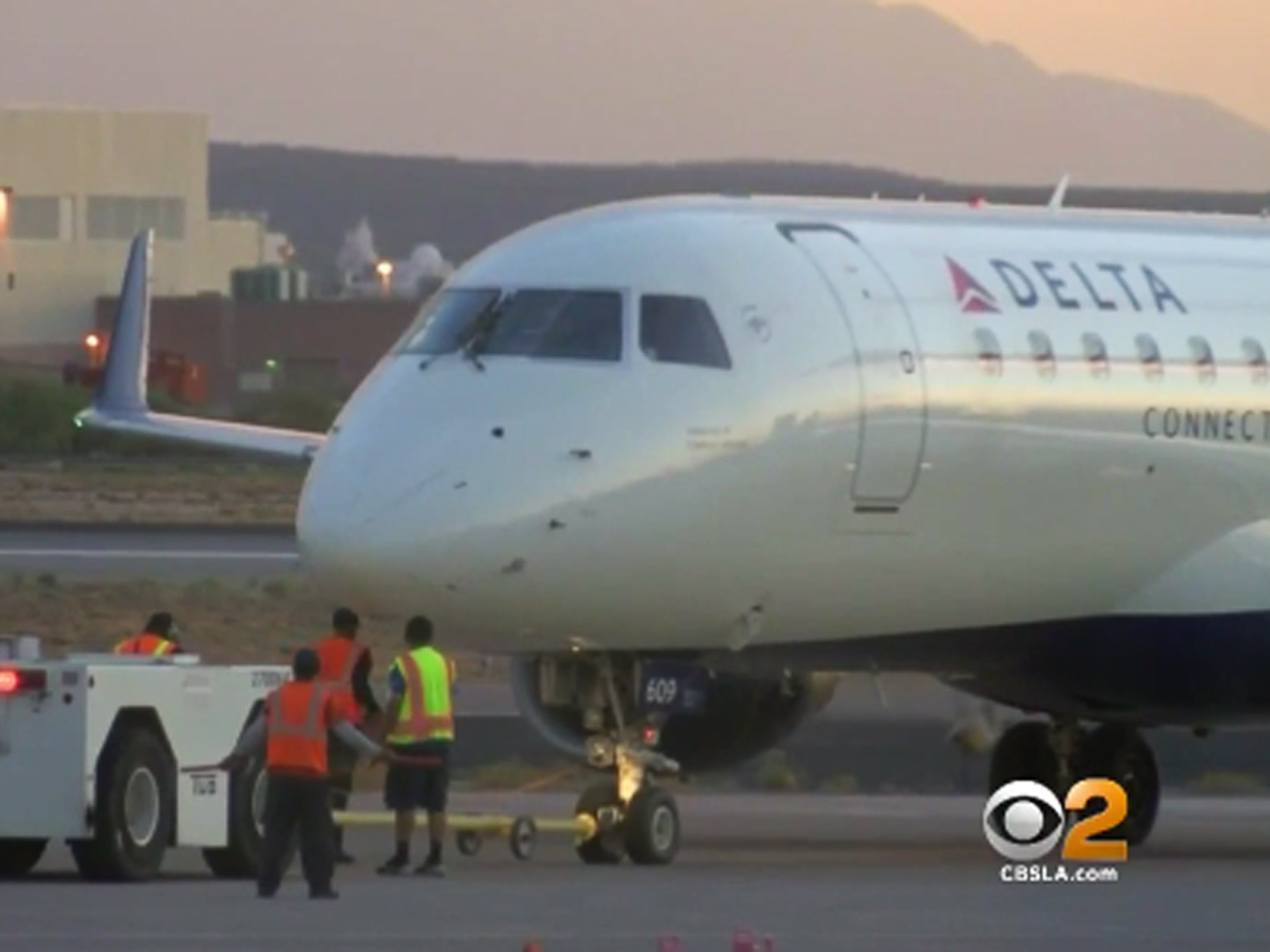 LOS ANGELES -- A Los Angeles-bound plane from San Antonio had to be diverted to Arizona when a passenger got into a confrontation with the flight crew, CBS Los Angeles reports.

Cellphone video shot by passenger Ryan Healy captured the dramatic scene on the Delta Airlines regional jet as authorities in Tucson removed a passenger they were told was causing trouble.

The unidentified man was taken away, while a man who seated next to him told the officer they were flying together.

About halfway through the flight, "He was just aimlessly walking," said Healy of the man, adding that he eventually stopped near the cockpit door.

Andrea Constantini, another passenger, said the man was asked several times to go back to his seat, but didn't comply.

"Everybody started getting a little nervous and uncomfortable," Constantini said.

Passenger Kevin Tanna said the man was slurring, adding, "He was hard to understand. He didn't sound coherent at all."

"He was almost smiling when he was (taken way)," Constantini said. "It looked really weird."

Two F-16 jets scrambled from a nearby Air Force base and escorted the plane to the airport.

Healy captured images of the fighter jets as they landed.

Passengers were re-screened in Tucson and took off a short time later. The FBI would only confirm that an incident occurred but hasn't released any more on the suspect.