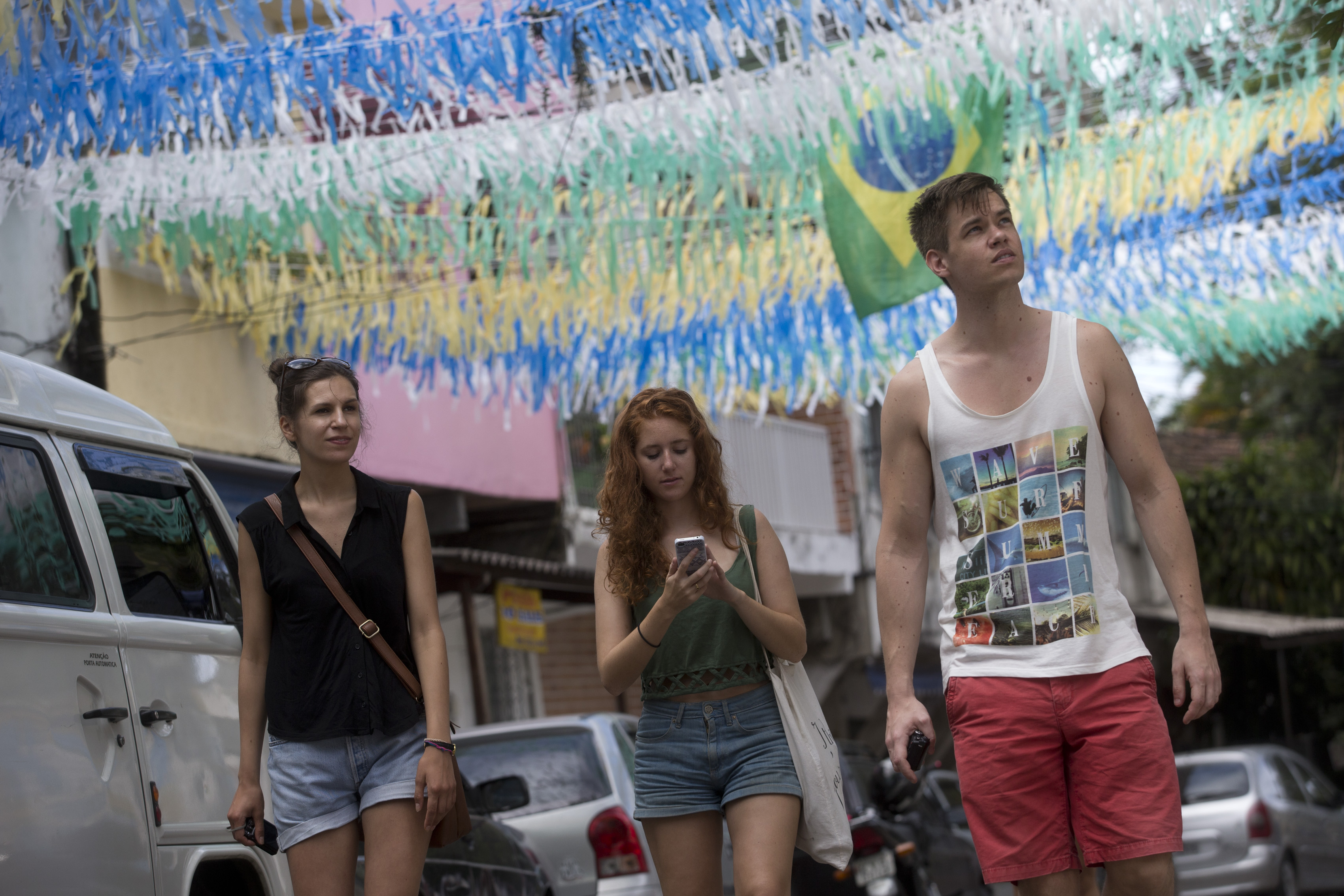 If one's budget isn't immediately busted by the flight or the hotel, it will soon be done in by the $10 caipirinha cocktail, the $17 cheeseburger or the $35 pepperoni pizza. And those are the prices city-dwelling Brazilians saw even before the World Cup set off a new standard of sticker shock.

"Prices in Rio are absurd," Maria Anda, a Norwegian artist who has lived in Brazil for a year, said while enjoying the sunset on Ipanema beach. "I still like it. It's worth being here, but it's not paradise."

The dizzying prices are referred to here as the "Custo Brasil," or "Brazil Cost" - the mixture of high taxes and steep import tariffs, combined with bad infrastructure, a dose of inefficiency and a thick shot of bureaucracy.

Demand leading up to a big event like the World Cup naturally raises prices. But, since costs already were high to begin with, tourists should prepare to dig deep into their wallets and not be too miffed to receive goods or services of inferior quality, said Rafael Alcadipani, a business administration professor at the Getulio Vargas Foundation, Brazil's top think tank.

"Anything you buy in Brazil will be more expensive than in the United States or Europe, but the quality is going to be worse," Alcadipani said.

Hotel rates in many of the World Cup host cities more than doubled ahead of the tournament. Massachusetts-based TripAdvisor reports visitors to Rio will face the highest prices, with hotel rates averaging $445 per night. Add in food, a ticket and other expenses, and a solo traveler to Rio should prepare to spend $682 each day.

Next costliest are Fortaleza and Manaus, where average daily expenses are estimated at $602 and $554, respectively. Even the more affordable host cities will set travelers back a good amount: $457 per day in Cuiaba and $477 in Sao Paulo.

"The Cup prices are ridiculous. Everything shot up. The only thing you can buy in Brazil is a bikini, a cachaca (Brazilian sugar cane liquor) and a pair of Havaianas (sandals)," said Gillian Santos, a Brazilian who now lives in Belgium and was back in Rio on a recent visit. "How do people afford things around here? As a Brazilian living abroad, I think it's outrageous."

The game itself isn't any cheaper. According to SeatGeek, a ticket search engine, tickets for the July 13 World Cup Final in Rio de Janiero are fetching an astounding $5,956 -- more than double the $2,536 fans paid on average to attend the most recent Super Bowl.

Experts say prices are kept high because supply can't keep up with demand. About 40 million Brazilians - a fifth of the population - joined the middle class in the past decade, on the back of strong economic growth and increased government social programs. Between 2009 and 2012, average annual income rose by more than 40 percent, from $8,140 to $11,630, according to the World Bank. For many, the new affluence sparked a spending spree.

Brazil tries to protect its local industries by charging high tariffs on virtually all imported goods. For travelers who lose or forget an item, they might decide to do without rather than pay local prices.

Take iPhones: The unblocked 5s that costs $649 in the U.S. has a starting price of $1,250 on Apple's Brazilian website. Need a pair of running shoes? A pair of the popular Nike Flyknit Lunar 2 runs about $313 at a Rio shopping mall - nearly triple the U.S. price.

The examples go on. Levi 501 jeans start at $80. The $6.28 Big Mac is among the most expensive in the world. Shaving cream, soap, tissues, aspirin - all are double to triple the prices found elsewhere.

"Everything is expensive," said Nadir Fraguas, a retired bank employee who was at a Rio mall pondering whether to spend the equivalent of more than $100 on a Brazil national team jersey for her grandson. "Clothing, cars and food... Here, you pay a lot and you get very little. Prices were already high, but now they're impossible."