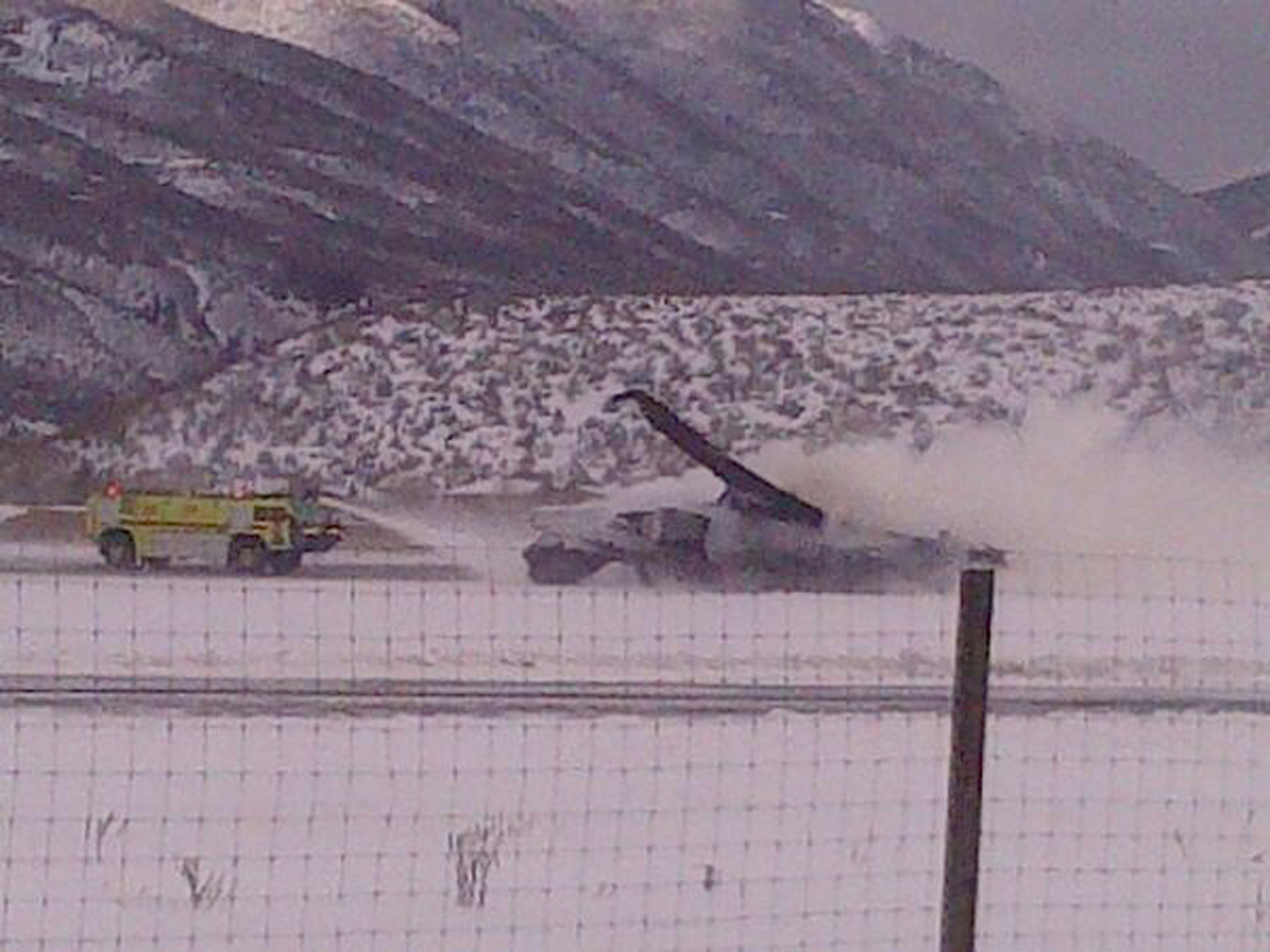 ASPEN, Colo. - A private jet crashed and exploded in flames while attempting to land Sunday at Aspen's airport, killing one person on board and injuring two others, authorities said.

There were three men on board the plane, all Mexican natioonals. One was killed, one suffered a serious injury, and the other suffered what appeared to be a minor injury, the Pitkin County Sheriff's Office told CBS News.

Alex Burchetta, director of operations for the Pitkin County Sheriff's Office, identified the man who died as Sergio Carranza Brabata. He did not release the names of the two injured and he did not know where in Mexico Brabata lived.

A Federal Aviation Administration spokesman initially said the plane appeared to be a Bombadier Challenger 600. But Peter  Knudson, a spokesman for the National Transportation Safety Board, said the plane was a Canadair CL-600, a midsized private jet.

The aircraft was registered to the Bank of Utah in Salt Lake City, according to FAA records.

The fight originated in Mexico and was continuing on from Tucson, Ariz., to Aspen when the crash occurred at 12:22 p.m. local time, said FAA spokesman Allen Kenitzer.

Aspen Valley Hospital spokeswoman Ginny Dyche said the facility received two male patients who were involved in the crash. She said one was admitted in fair condition and the second was transferred in critical condition to another hospital. She declined to release any more information.

Airport officials said the facility would be closed until further notice.

Actor and comedian Kevin Nealon tweeted that he witnessed the crash. He called it “horrible," and said it "didn't look like there could be survivors but just hearing some survived but critical."

Aspen, nestled in the Rocky Mountains and home to several ski upscale resorts, is about 100 miles southwest of Denver.

Tom Renwick, a National Weather Service meteorologist in Grand Junction, Colo., said there were snow showers in the area on Sunday afternoon, but not at the airport. He said it had been overcast all day with temperatures hovering around 10 degrees.