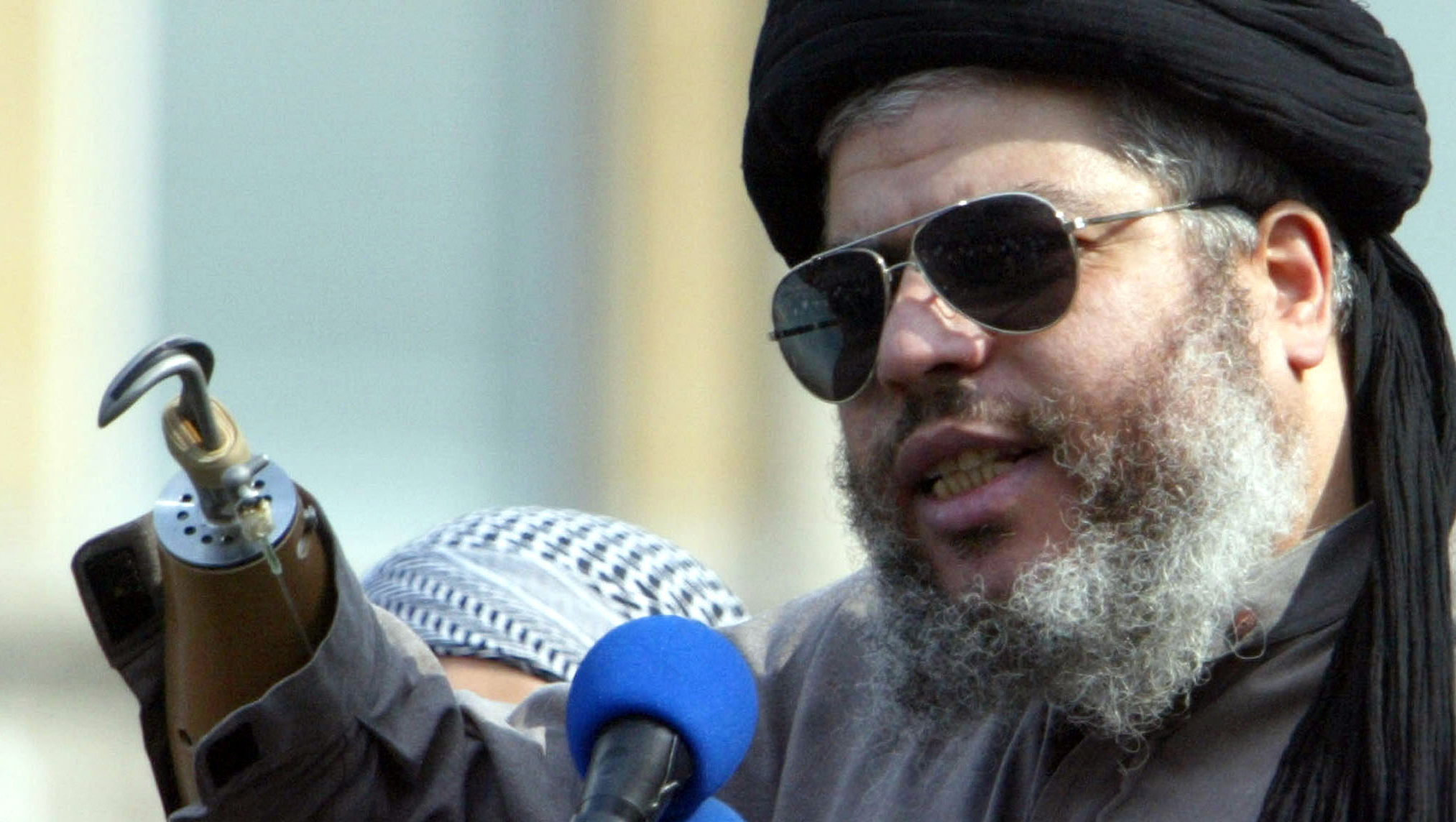 NEW YORK - An Egyptian Islamic preacher whose fiery sermons before and after 9/11 attracted extremists to his London mosque was convicted Monday in a trial that a prosecutor said should provide justice for the victims of a kidnapping in Yemen more than a decade ago.

Mustafa was accused of providing material support to terrorist organizations by enabling hostage takers in the Yemen kidnapping to speak on a satellite phone, by sending men to establish an al Qaeda training camp in Oregon, and by sending at least one man to training camps in Afghanistan.

He was extradited in 2012 from England, where he led London's Finsbury Park Mosque in the 1990s, reportedly attended by both Sept. 11 conspirator Zacarias Moussaoui and attempted shoe bomber Richard Reid. Mustafa denied that he ever met them.

Mustafa looked straight ahead as the verdict was read. Sentencing was set for Sept. 8, when he faces a maximum of life in prison.

Defense attorney Joshua Dratel said the verdict was "not about the evidence but about a visceral reaction to the defendant."

U.S. Attorney Preet Bharara said Mustafa "attempted to portray himself as a preacher of faith but he was, instead, a trainer of terrorists."

Meanwhile, Britain's interior minister, Home Secretary Theresa May, said that she was pleased and that the conviction vindicated the government's years-long fight to extradite the radical cleric.

"He used every opportunity, over many years, to frustrate and delay the extradition process," she said.

For much of the past month, jurors watched videotapes and heard audio clips in which Mustafa shouted to his followers, telling them non-Muslims could be treated like animals and women and children who were not Muslim could be taken captive.

But they saw a gentler version of Mustafa on the witness stand, one who spoke confidently in the tone of a college professor as he insisted he never engaged in acts of terrorism or aided al Qaeda.

His testimony over four days was derided by Assistant U.S. Attorney Ian McGinley, who told jurors to ignore his lies and concentrate on the evidence.

In his closing argument, McGinley read aloud the names of four European tourists who died in 1998 in Yemen after their convoy of cars was overtaken by extremist Islamic kidnappers whom Mustafa had given the satellite phone. McGinley said a guilty verdict would provide a measure of justice for them and another dozen hostages who survived.

"Don't be fooled by his testimony," McGinley said. "Don't let the passage of time diminish what he did."

Referred by prosecutors and defense lawyers alike by his alias, Abu Hamza al-Masri, Mustafa told jurors how he lost both hands, an eye and part of his forearms in a 1993 accident when he helped the Pakistani military as a civil engineer.