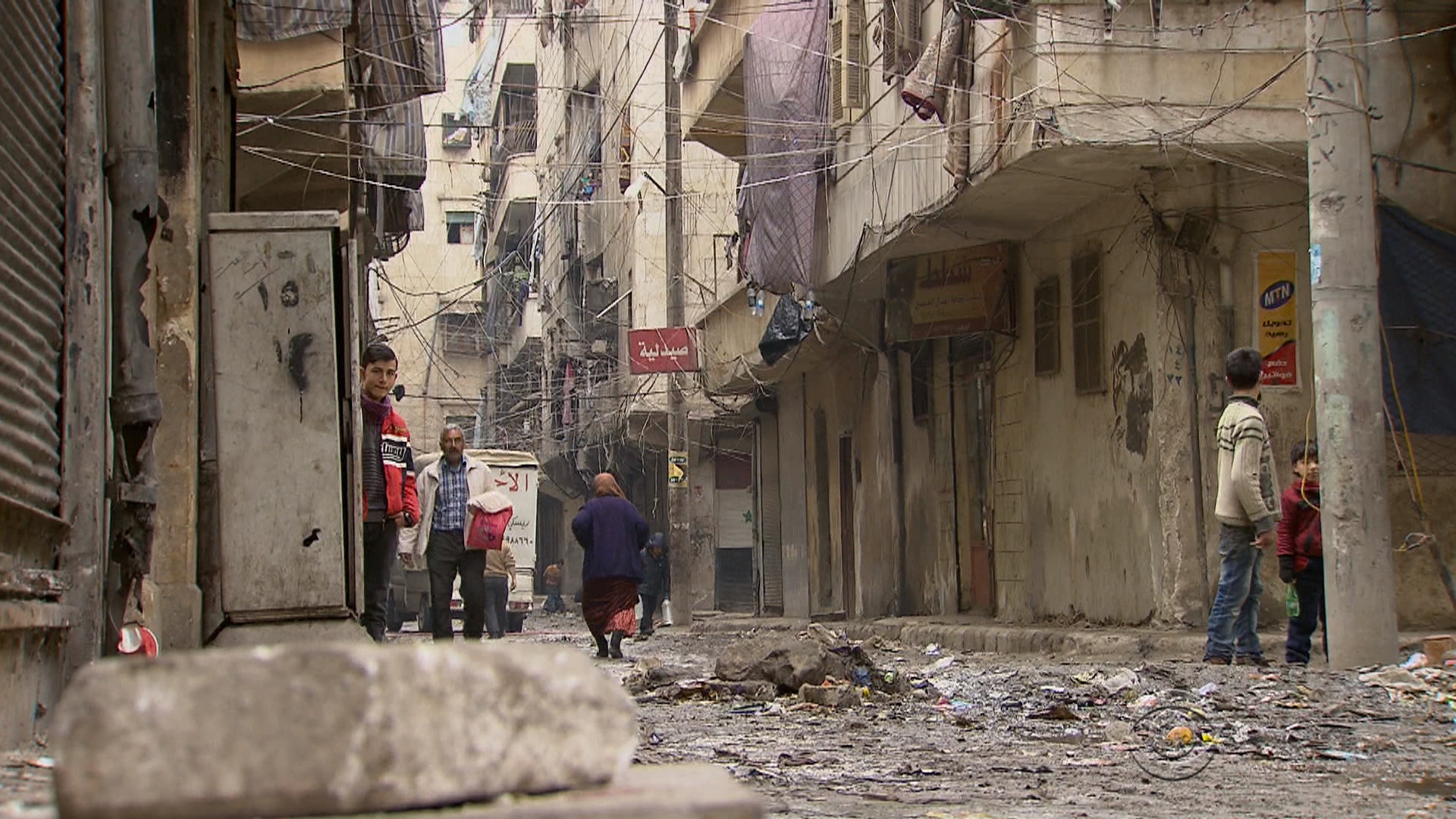 BEIRUT-Syria's partial cease-fire appeared to be unraveling Saturday as fierce fighting between government forces and opposition fighters, including members of the al-Qaida affiliated Nusra Front, erupted outside the country's second largest city of Aleppo and other parts in the country's north.

At least 25 pro-government and 16 opposition fighters died in the clashes south of Aleppo, where the Nusra Front and rebel militias captured a village overlooking a major highway, a Britain-based monitoring group told The Associated Press.

The fighting was the most serious in the area since the cease-fire, engineered by the U.S. and Russia, took effect Feb. 27. The violence in the north, along with heavy government airstrikes that killed more than 30 civilians near Damascus this week, threatened to completely dissolve the truce, which had sharply reduced overall violence across the war-ravaged country.

The rebel advances also risk drawing Russia back into the conflict after it shored up the government's position through a fierce bombing campaign that wound down nearly three weeks ago. The opposition's advances threaten to reverse some of the gains made by the government during the Russian campaign.

Russia's Defense Ministry voiced complaints about cease-fire violations in Syria, saying that the Nusra Front has taken control over opposition groups around Aleppo.

A statement quoted Lt. Gen. Sergei Kuralenko, the chief of the Russian military coordination center in Syria, saying he informed his U.S. counterparts about the violations. He added that in the areas south and west of Aleppo, the Nusra Front has established full control over groups earlier listed among the legitimate opposition, referring to groups party to the cease-fire.

The Syrian Observatory for Human Rights said the Nusra Front consolidated its control over the village of Tel al-Ais, which overlooks the Damascus-Aleppo highway, as fighting continued in the surrounding areas Saturday. Other militias, led by the militant Ahrar al Sham group, also seized government positions in heavy fighting in the northwestern Latakia province, leading to casualties on both sides, opposition activists said.

The coordinated rebel and Nusra Front offensive followed weeks of sporadic government air raids on opposition-held areas, despite the cease-fire. The government has also accused the insurgents of violating the truce by firing mortar shells on government-controlled areas.

The truce agreement, the first of its kind in Syria's five year war, excludes the Nusra Front and the Islamic State group. But the Nusra Front is embedded with other groups throughout the country. The government has taken advantage of this ambiguity to strike and besiege opposition-held areas across Syria.

Bombs fell near a school and a hospital in the eastern suburbs of Damascus Thursday, killing 33 civilians. The French foreign ministry accused the government of targeting civilians and deliberately violating the cease-fire.

These latest strikes appear to have caused some rebel factions to reassess their position on the cease-fire. A number of groups - including some nominally party to the truce agreement - acknowledged on social media that they were battling government forces.

The Islam Army, whose political coordinator heads the opposition delegation during halting peace talks in Geneva, announced it had killed 20 government soldiers in fighting outside Damascus Friday. It announced Saturday it was also fighting in the south Aleppo countryside, though the group is not known to have a major presence there.

A spokesman for a U.S.-backed division of the Free Syrian Army accused the government of scrapping the cease-fire and undermining the Geneva talks. The group said one of its fighters was killed in the offensive against government forces in the south Aleppo countryside.

"The truce is considered over," Zakariya Qaytaz of the Division 13 brigade told AP through Twitter. "This battle is a notice to the regime."

The United States and Russia had hoped a halt in fighting would cause opposition factions to distance themselves from extremist groups such as the Nusra Front. Instead, rebel militia seem to have united in their opposition to the government.

The nationalist Division 13 brigade is now fighting alongside Nusra and Ahrar al-Sham, a powerful jihadist militia that is internally divided over its association with the al-Qaida affiliate.

Qaytaz said his faction remained wary of the Nusra Front after the latter stole their weapons and expelled them from the town of Maarat al-Nouman in March.

The Nusra Front posted videos on social media showing mortars and tanks firing on what it said were government positions in the Aleppo countryside Saturday. An opposition media outlet later posted a report from inside a village said to be Tel al-Ais, with artillery sounding in the distance. Syria's state news agency acknowledged fierce clashes in the area Friday.

Elsewhere in the country, government forces continued their offensive to retake the Islamic State-held town of Qaryatain in Homs province. Qaryatain used to be home to a sizable Christian population and lies halfway between Damascus and the historic city of Palmyra, where they army recently pushed out IS militants. The Observatory reported intense shelling and bombardment inside the town.