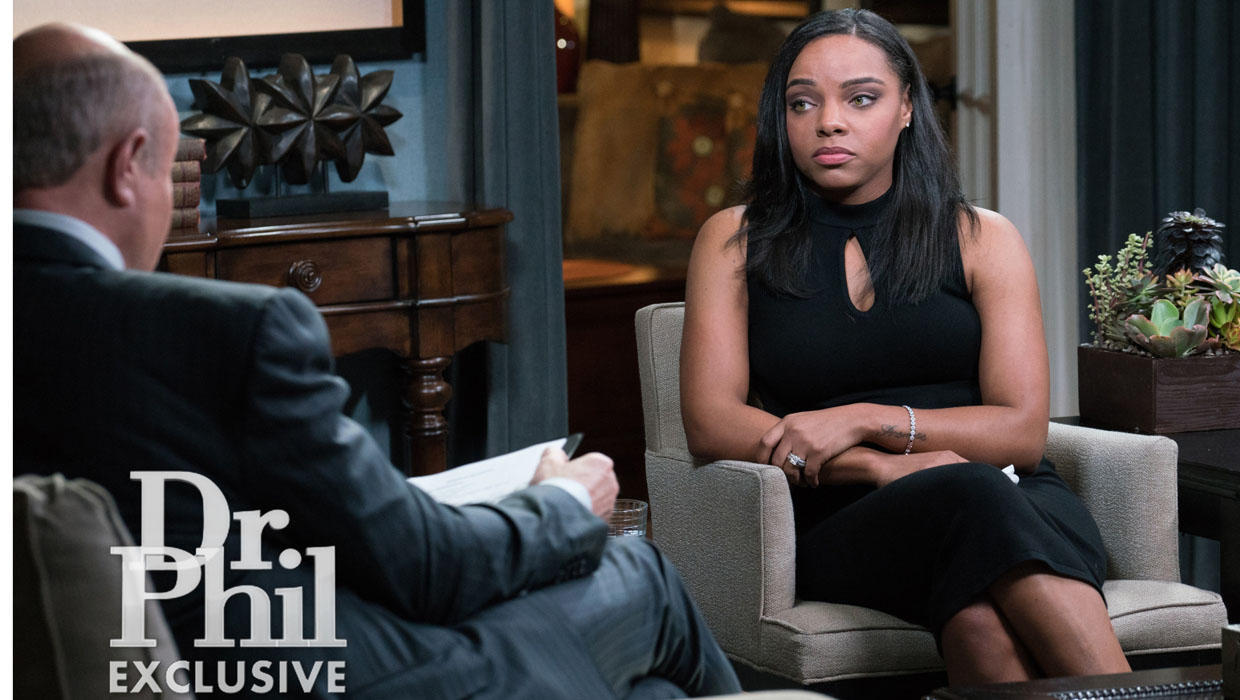 BOSTON -- The fiancee of former NFL player Aaron Hernandez says he told her that rumors that he was gay or bisexual were not true.

The second part of a two-part interview with Shayanna Jenkins-Hernandez aired Tuesday on the "Dr. Phil" show.

The former New England Patriots tight end was found hanging in his cell April 19. Hernandez was serving a life sentence in the 2013 murder of Odin Loyd, who had been dating Jenkins-Hernandez's sister. But Hernandez was appealing his conviction and had just days before been acquitted in a 2012 double murder in South Boston.

Jenkins-Hernandez said Monday she doesn't think the former New England Patriots tight end killed himself, as authorities have said, and called into question suicide notes he left to her and the couple's four-year-old daughter, calling them "odd."

Tuesday, Jenkins-Hernandez told host Dr. Phillip McGraw that Hernandez was "very much a man" to her and called the rumors about his sexuality "embarrassing" and "hurtful."

She says she doesn't believe Hernandez and fellow prisoner Kyle Kennedy were lovers or even close friends. She says Hernandez didn't talk about him.

Speaking last month, Kennedy's lawyer wouldn't address rumors that Kennedy and Hernandez were lovers, saying only Kennedy himself would address the "nature and extent" of the relationship "when the time is right."

Hernandez was so close with Kennedy he corresponded with Kennedy's family, wanted to give him a nearly $50,000 watch and called him by his nickname, "Pure," according to the lawyer, Lawrence Army Jr.

Army read a portion of a letter he said was written from Hernandez to Kennedy's father, in which he described Kennedy as a "brother." The two had even requested to be cellmates, but the request was denied, Army said.

Army said Kennedy believes a third suicide note left by Hernandez was intended for him. But that claim has been disputed, and Jenkins-Hernandez said the third note was addressed to his lawyers.

A judge recently erased the 2013 murder conviction against Hernandez because he died while he was appealing.