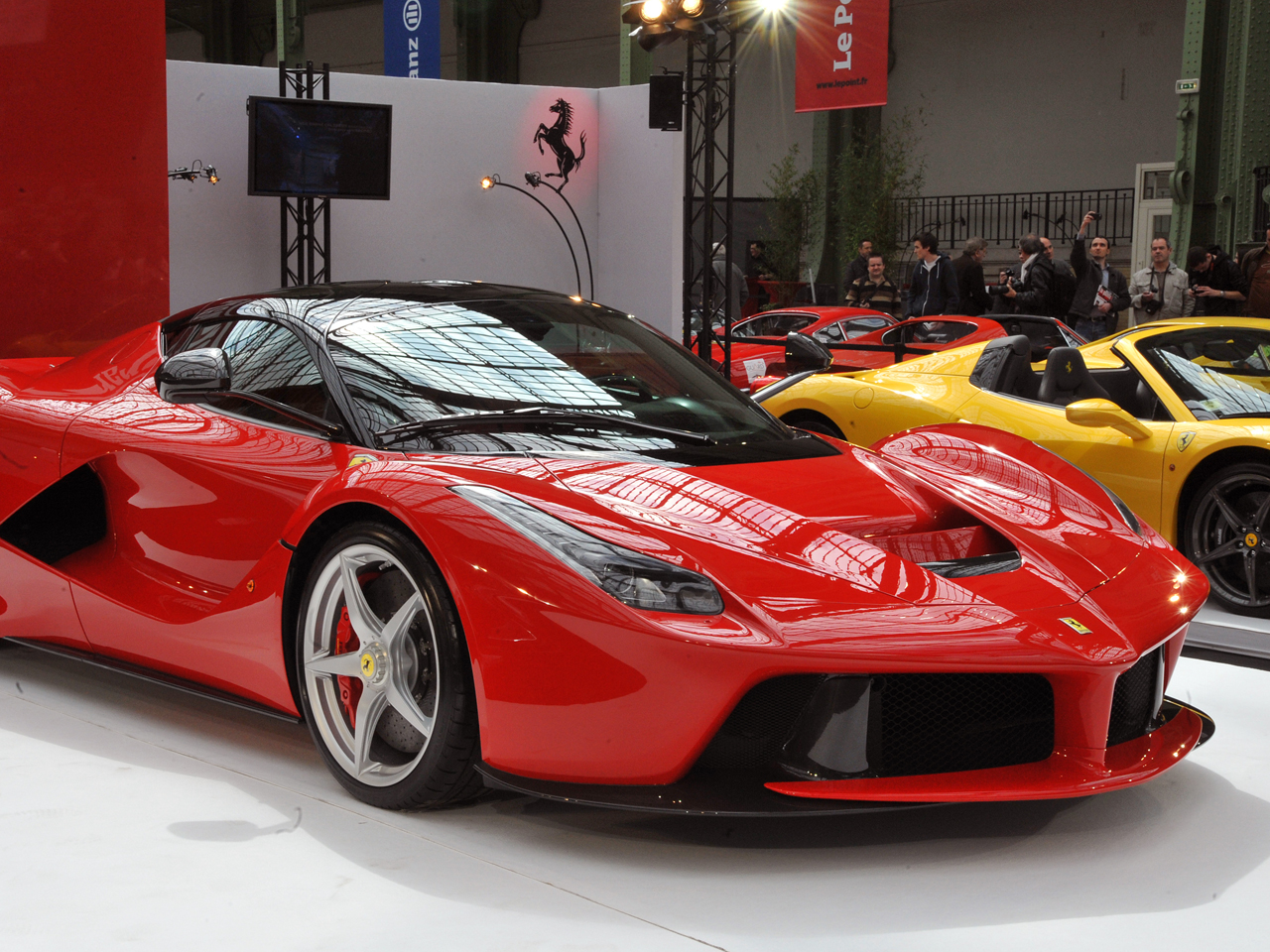 The hottest car in the auto world right now isn't Ford's new Mustang or Tesla Motors' Model S. It's Ferrari's new "supercar," and it's completely sold out -- even with a $1.4 million price tag.

The car, called the LaFerrari, is the fastest and most expensive production Ferrari the company has ever built, CNBC reports. And it's a hybrid.
Ferrari says the car can go from zero to 62 miles an hour in less than three seconds, according to The Los Angeles Times. It can reach speeds of 220 miles per hour.
The LaFerrari is a cornerstone of Ferrari's new strategy to get even more exclusive and appeal solely to the ultra-wealthy. While Jaguar and other rivals are broadening their reach with lower-priced models, Ferrari chairman Luca Cordero Montezemolo told reporters earlier this year that he is capping 2013 production of all Ferraris at 7,000 cars to protect the brand's exclusivity. He will only make 499 units of the LaFerrari.
The decision to limit production was undoubtedly a little easier after Ferrari sales plunged in the recession in Europe and parts of Asia. But the super-rich have come out of the recession with a surprising level of economic resiliency, and 499 buyers had no problem snapping up the LaFerrari long before the car even debuted at the Geneva Motor Show last March, Autoweek reports.
In the first nine months of this year, Ferrari's revenue rose more than 6 percent to $2.3 billion, and profit soared 20 percent to $350 million, CNBC reports.
The LaFerrari has strong appeal as an investment, particularly at a time when investors are searching for an alternative to stocks amid worries the market is primed for a fall. Some wealthy investors are turning to fine wines, art and other collectibles simply because there aren't many other places to put their money. The real estate market is still tentative and gold has fallen in value this year.
Another reason to buy? Sales of vintage Ferraris have gone through the sunroof. A 1963 Ferrari 250 GTO racer sold this fall for $52 million. Compared to that, $1.4 million for a LaFerrari seems like a downright bargain.
And who, exactly, has bought the new LaFerrari? The New York Post says buyers include Cirque du Soleil founder Guy Laliberte, film director Michael Mann and Microsoft co-founder Paul Allen.
View CBS News In
CBS News App Open
Chrome Safari Continue
Be the first to know
Get browser notifications for breaking news, live events, and exclusive reporting.