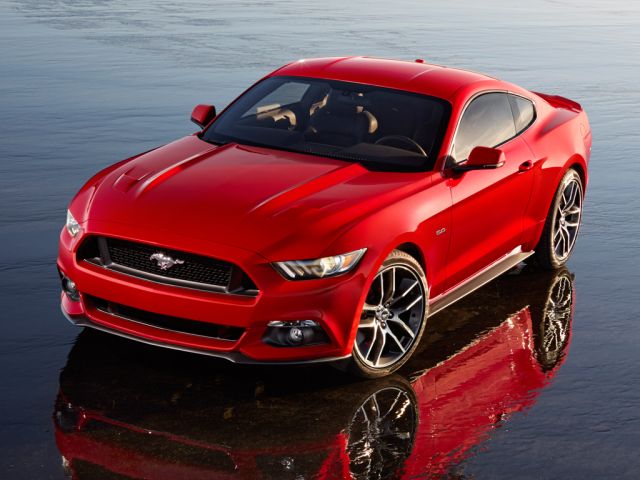 For the 50th anniversary of its Mustang, Ford is debuting an all new 2015 version, with a complete redesign and three different engines to choose from.

The new design, first revealed today at events in the U.S. and overseas, maintains some of Mustang’s signature looks, including a long, sculpted hood and a short rear deck.

“We crafted  this car with the goal of creating a contemporary interpretation of Mustang -- an American icon that symbolizes optimism and freedom,” Ford executive vice president for global marketing Jim Farley said in a news release. In addition to the coupe (shown above), the new Mustang will come in convertible and fastback versions.

Ford has sold more than nine million Mustangs in the car’s 50-year history. The 2015 car will also be sold in parts of Europe and Asia where it has not been available before.

The new Mustang will come with three engine choices:

In the technology department, the new Mustang will add some safety features such as blind spot warning.

With the 2015 Mustang expected to go on sale in late 2014, price details  are still to come. Ford hopes the new design will  put Mustang back ahead in the sales race, where competitor Chevrolet Camaro has led for the past three years.