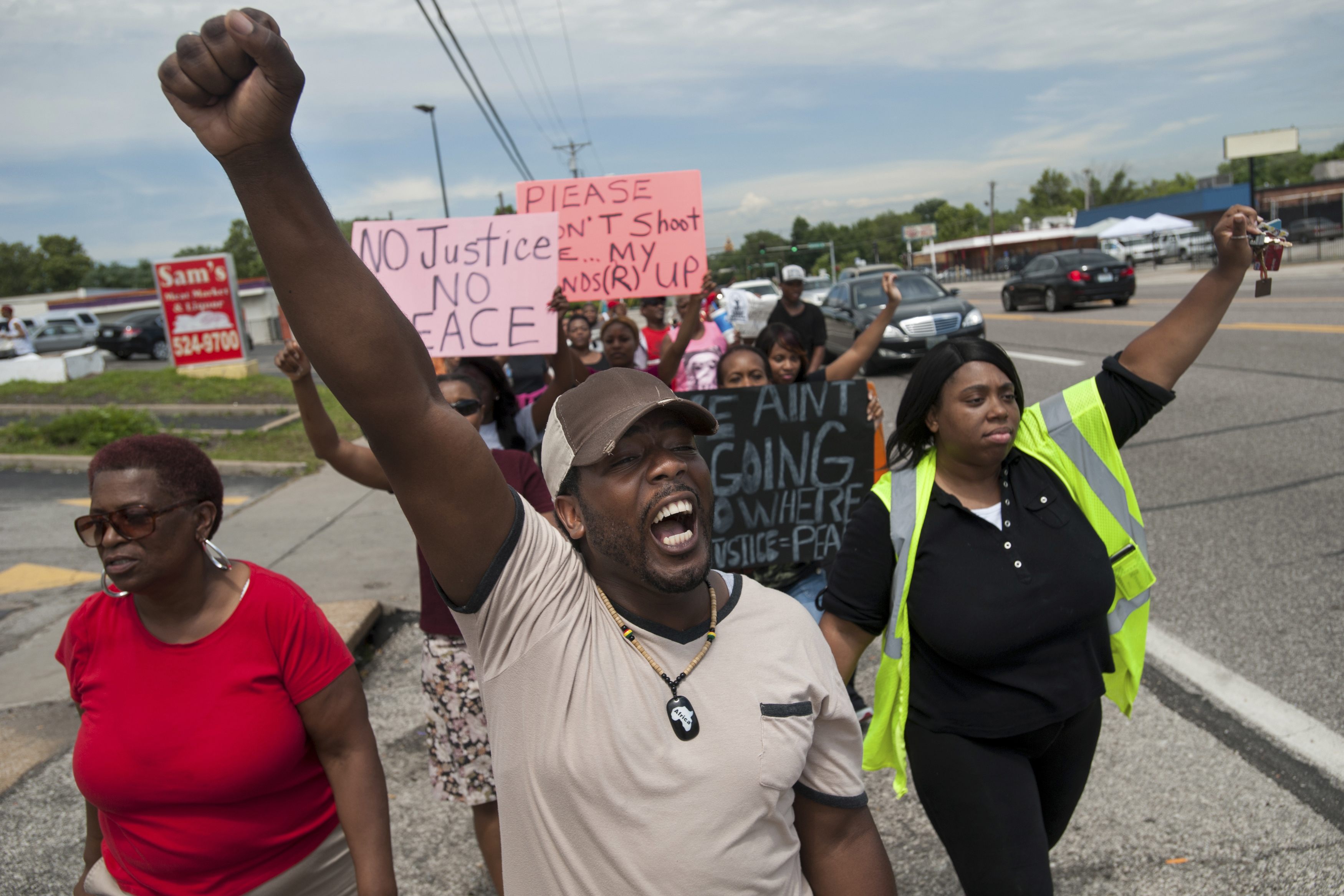 Scenes from Ferguson, Mo. have stirred comparisons to the turmoil that occurred during the civil rights and anti-war movements in the late 60s and early 70s.

One of the most infamous incidents involving the National Guard at the time was the May 4, 1970 shooting at Kent State University, which left four students dead.

Ronald Snyder, who was in his early 30s, was a captain in the Ohio National Guard and led C Company, 1st Battalion, 145th Infantry, to control protesters at Kent State.

According to Snyder, he was about 50 yards away from the shooting, but his unit was not directly involved.

The now, 77 year-old has been watching the developments in Ferguson.

"You meet force with force. That's the basic rule that's followed," Snyder said on the National Guard's role in dealing with rioters in a phone interview with CBS News.

Snyder was trained in riot control and said that no matter the situation, "you still use the same main procedures." Some of which include working with local law enforcement to control the situation.

Local police, highway patrol and now Missouri National Guard troops have arrived in Ferguson after a week of violent protests following the shooting of Michael Brown, an unarmed black teenager, who was killed by a white police officer.

"We always worked with the police at that point in time. When it became obvious that the police no longer had any control, the Riot Act was usually read to the general public that was doing the rioting. Whether it be smaller units, or larger groups of people that they wouldn't disperse or wouldn't abide by curfew, then you deploy the tear gas. The tear gas was the factor that usually brought everything in control," said Snyder.

Snyder has had first-hand experience with this when the Ohio Guard deployed a large amount of tear gas the morning of July 18, 1968 to disperse rioters in Akron. That quickly stopped the riot according to Snyder.

Tear gas has been used by law enforcement to control protesters in Ferguson. While Tuesday night was relatively calm, the threat of further unrest hangs over the city.

"That is to only try to meet force with force. To assist anybody that is injured and to get people out of the way of dangerous situations. These things can blow up right in front of you and when you least expect it," said Snyder.

He said protests not only attract people concerned about a cause, but also draw troublemakers eager to take advantage of the situation.

"It [rioting] becomes an ideal platform for certain peripheral members of the community to commit their mischief.... and in general trying to create situations where more injury and maybe even killings occur," Snyder said.

Although the cause of the riots that Snyder was involved in were different than Ferguson he says, they still have the same outcomes he described, creating "a lot of mayhem and confusion."

"Once we got the riots settled down [in Akron]... the citizens realized that they were destroying their own community," said Snyder.

He described that local leaders would talk to church congregations and the community, "there were various community leaders that actually lead and actually explained the ramifications of what the rioters were doing and how it was going to hurt them later on."

Ferguson's leader's told residents to stay home Tuesday after dark to "allow peace to settle in." They want to reconnect with the predominantly black community .