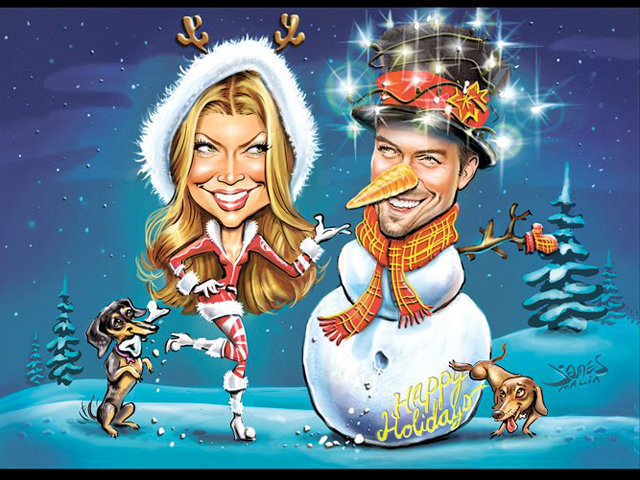 (CBS) Fergie and Josh Duhamel's Christmas card features caricatures of the stars playing in the snow - a less serious card than theKardashian's.

The couple, married for nearly three years, opted for a less traditional Christmas card and had caricature artist James Malia sketch their card. He transformed the Hollywood couple into a sexy Mrs. Claus and a snowman, with the couple's two dogs.

Fergie told Us Weekly at her Black Eyed Peas bandmate Apl.de.Ap's birthday party that all she wants for Christmas is "for my dogs to use the bathroom outside!"