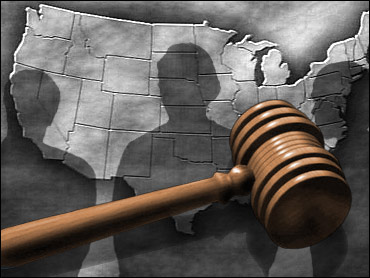 A smuggling case against a Virginia man has hit a hitch that worries federal authorities.

Prosecutors can't find the roughly 300 Somalis the man is accused of sneaking into the United States. The man has also admitted his contacts with an Islamic terrorist group, who the government also can't find, are in the U.S. too, according to a report in the Washington, D.C., edition of The Examiner newspaper.

"We have not identified anyone," Assistant U.S. Attorney Jeanine Linehan told U.S. District Judge Leonie Brinkema at a recent hearing. "We believe all the individuals are present in the United States. But by the virtue of [Tracy's] successful smuggling scheme, we are having difficulty finding them."

The man, Anthony Joseph Tracy, 35, has been indicted on charges of conspiring with officials in Cuba's embassy in Kenya to help the Somalis illegally enter the United States.

Tracy allegedly helped the Somalis get travel visas to Cuba. After traveling from Kenya to Dubai to Moscow to Cuba, they then went to South America before entering the United States through the border in Mexico, an Immigration and Customs Enforcement agent testified in federal court.

The agent, Thomas Eyre, testified that Tracy's admission of contacts within the Somali terrorist organization al Shabaab, an ally of al Qaeda, has "concerned" authorities.

Eyre testified that federal authorities haven't determined whether any of the 300 missing Somalis are linked with al Shabaab. The government has been searching for the Somalis since February.