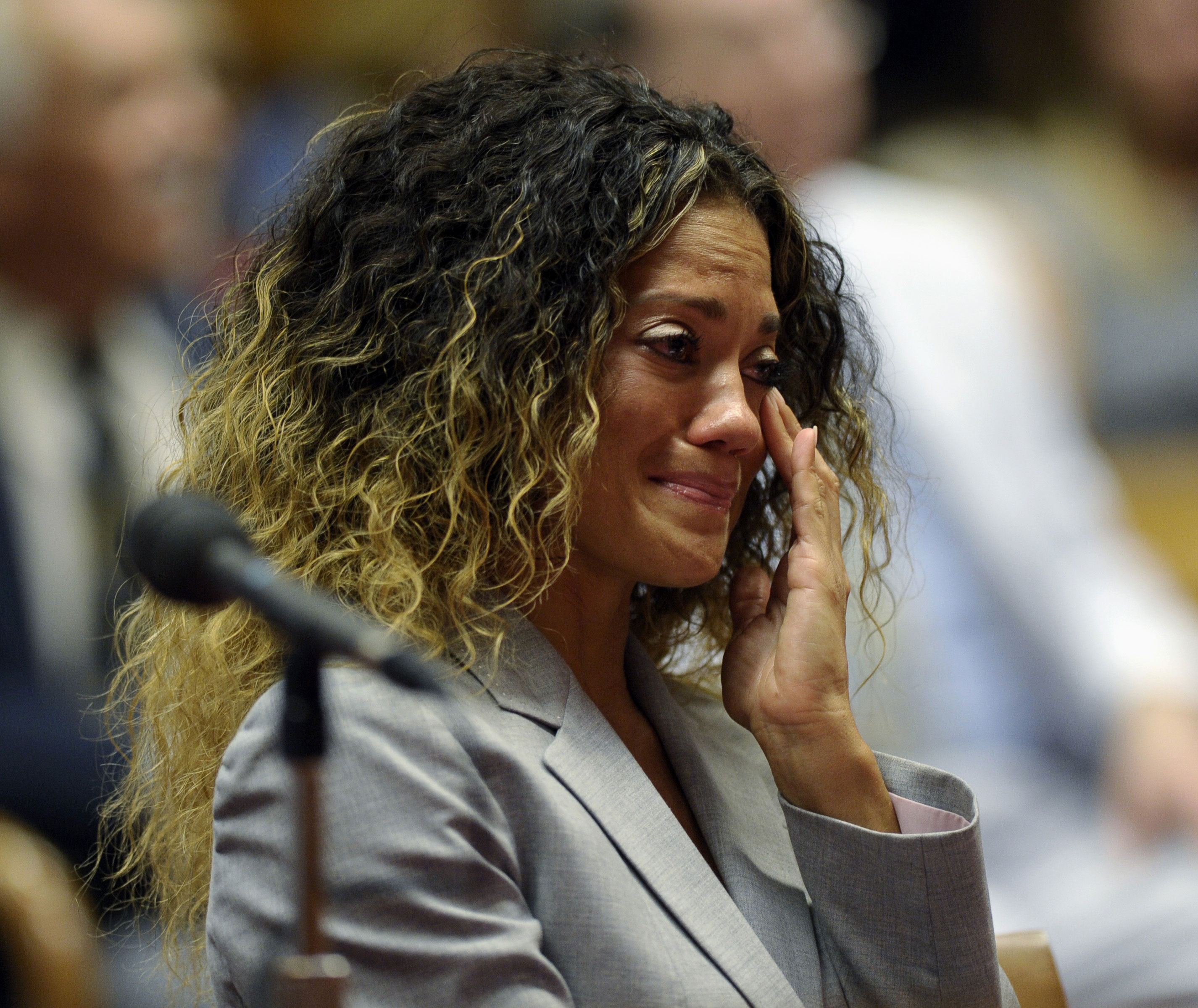 WASHINGTON The Federal Communications Commission is making it harder for phone companies to gouge prison inmates on the calls they make from behind bars.

The FCC on Friday voted 2-1 during an emotional meeting to cap interstate phone rates at 21 cents a minute for debit or prepaid calls and 25 cents a minute for collect calls. Companies wanting to set higher rates would have to file a request for e a waiver and could not charge more until that waiver was granted.

"For 10 years, the families and friends of inmates have been asking the FCC to ease the burden of an inmate calling rate structure. Their wait is finally over," said FCC acting chairwoman Mignon Clyburn, who took over the interim spot in May.

Her voice, and that of commissioner Jessica Rosenworcel, cracked with emotion as they read statements about the decision.

The petition asking the FCC to regulate inmate phone call rates was filed in 2003 on behalf of families after a judge dismissed a lawsuit filed by Martha Wright-Reed against a private prison company. She had struggled to keep up with phone bills while her grandson was incarcerated. The judge directed her to the commission.

Her grandson Ulandis Forte, a former inmate, was in the audience when the vote took place. He wiped tears from his eyes when the vote was taken.

Phone rates have fluctuated depending on the provider, the type of call and size of prison facility.

The FCC has said inmates, or people who pay their bills, are being charged fees that range from 50 cents to $3.95 to place calls, plus additional per-minute rates of anywhere from 5 cents to 89 cents. In some cases, a 15-minute call has cost $17, and numerous fees have been tacked onto call charges. Inmates' families, many of them poor, usually are stuck with the bills. For security, inmates are not allowed to have cellphones.

In addition, companies that charge 12 cents or less per minute for debit and prepaid calls and 14 cents per minute or less for collect calls will be considered by the commission to be charging "just and reasonable" rates and will be protected from enforcement actions under the new rules.

Also, companies will not be allowed to charge deaf inmates extra or higher rates because they need a relay service to assist them with calls.

The FCC said that making prison phone calls more affordable helps rehabilitate inmates by making it easier of them to stay in touch with their families.

"Studies make clear that inmates who maintain contact with family and community while in prison have reduced rate of recidivism and are more likely to become productive citizens upon their release," the FCC said in a a statement. "In addition, an estimated 2.7 million children would benefit from increased communication with an incarcerated parent.... But the exorbitant price of interstate long-distance calls from correctional facilities today actually discourages such communication because it is too expensive, particularly for families facing economic hardship."

Clyburn said the FCC will initiate another regulatory process to decide what to do about intrastate rates.

Ajit Pai, the lone dissenting commissioner, said that while the FCC should have acted to limit the rates years ago, he could not vote for the proposal because it was too complex, and he was uncertain the commission could enforce it. He said it was likely to trigger lawsuits.

Phone service providers and some law enforcement and government officials have said the money helps pay for security, for activities for inmates and for general telephone infrastructure.

Often jail and prison operators keep a share of the phone charges, which has contributed to higher rates. The FCC and providers call the practice profit-sharing commissions, but families call them kickbacks.

Years of study have built a consensus among law enforcement, criminal justice experts and policymakers that contact with family and friends reduces inmate recidivism, which benefits public safety and cuts taxpayers' costs for prisons and jails.

New rates are effective 90 days after publication in the Federal Register, which should occur in about a month.