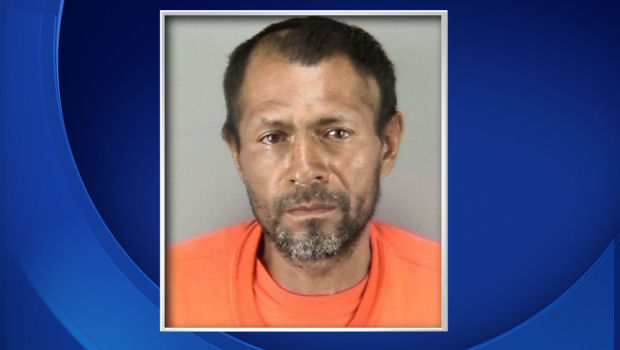 SAN FRANCISCO -- A man suspected in the shooting death of a woman at a busy San Francisco tourist destination has seven felony convictions and has been deported five times, most recently in 2009, a federal agency said Friday.

Officers arrested Francisco Sanchez on about an hour after Wednesday's seemingly random slaying of Kathryn Steinle at Pier 14 -- one of the busiest attractions in the city. People gather there to take in the views, joggers exercise, and families push strollers at all hours.

Kice said ICE issued a detainer for Sanchez in March, requesting to be notified if he was going to be released. The detainer was not honored, she said.

"ICE places detainers on aliens arrested on criminal charges to ensure dangerous criminals are not released from prisons or jails into our communities," Kice said.

Friday evening, an attorney for the San Francisco Sheriff's Department said it had no authority to honor the immigration hold. Freya Horne said that federal detention orders are not a "legal basis" to hold someone, so Sanchez was released April 15.

San Francisco is one of many "sanctuary cities," which prohibits city employees from helping ICE with immigration investigations or arrests unless it is required by law or there is an active arrest warrant, CBS News affiliate KPIX reported.

Steinle, 32, was gunned down while out for an evening stroll with her father along the waterfront. Police said witnesses heard no argument or dispute before the shooting, suggesting it was a random attack.

"There were no words exchanged between the suspect and the victim," Andraychak told KPIX. "The victim said something to her family members to the extent that she didn't feel well, that she just realized something had taken place and she fell to the ground."

Andraychak said witnesses snapped photos of Sanchez immediately after the shooting, and the images helped police make the arrest while he was walking on a sidewalk a few blocks away.

Police were still waiting for fingerprint identification on Sanchez, who is believed to be a 45-year-old whose last address was in Texas. Authorities said he does not yet have a lawyer who could be reached for comment.

Sullivan told the Chronicle that her daughter turned to her father after she was shot and said she didn't feel well before collapsing.

Her father immediately began CPR before paramedics rushed the woman to the hospital.

"She fought for her life," Sullivan said.

Steinle went to high school and previously lived about 40 miles east of San Francisco, the newspaper said. She recently moved just blocks from the waterfront and worked for a medical technology company.