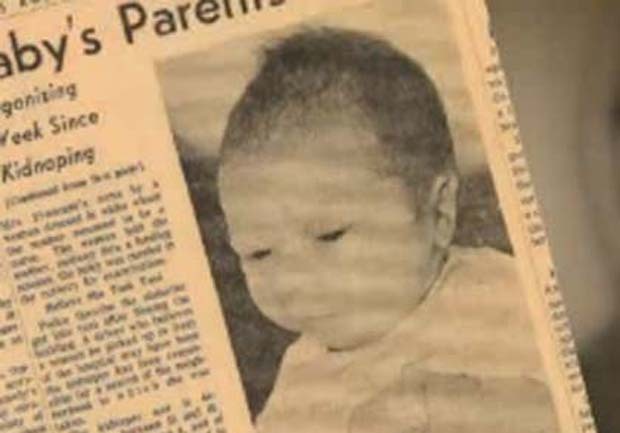 (CBS/AP) CHICAGO -- The FBI said it is reopening its investigation into the 1964 kidnapping of a newborn boy from a Chicago hospital, after recent DNA testing revealed that a boy found in New Jersey more than a year later and returned to the elated parents wasn't actually their son.

Paul Fronczak, 49, is a married father of his own now and works as a college administrator and living in Henderson, Nev. He told the Chicago Sun-Times in June that he had long wondered why he didn't resemble his parents, Chester and Dora Franczak, so they underwent DNA testing earlier this year to see if he was their biological son. He wasn't.

Fronczak said he wrote his parents a letter when he got the results to let them know.

"I really feel in my heart that the real Paul Fronczak is alive and well and out there, and nothing would make me more happy in this life than to find the real kidnapped child and at the same time, I wouldn't mind finding out who I am," Fronczak told the newspaper. He said he came forward with his story because the case is unsolved.

Hundreds of police officers and FBI agents searched for the Oak Lawn couple's newborn son after his abduction from Michael Reese Hospital in April 1964. The case came to an apparently happy end more than a year later when an abandoned child resembling the Fronczak's baby was found in New Jersey and returned to them.

"Someone came in, dressed like a nurse, and told my mom that the doctor needed to see the baby for some tests," Fronczak told CBS News' Jeff Glor in June. "So my mom looks and sees a nurse, hands her the baby, and the child is gone, just vanished."

"A little while later, someone comes in and says the doctor needs to see your baby, and she said, you guys have my baby. And they said, no, we don't. And that's when everything just fell apart."

A woman who answered the phone Wednesday at a listing for Dora Franczak in Oak Lawn told the AP she declined to comment about the reopening of the investigation, saying, "I don't have any remarks about that." In June, she spoke briefly to the Sun-Times, telling the paper, "We went through this once, and we certainly don't want to go through this again."

Joan Hyde, a spokeswoman for the FBI's Chicago office, said the bureau decided to reopen the Fronczak case after reviewing the original case file.

"We decided it merited another look," Hyde said. "The main thing is to look at physical evidence and see if technology and tests that weren't available when the case was originally worked could provide leads."

Hyde said the bureau could interview witnesses as part of the investigation, which she said is expected to "take time."

Paul Fronczak told CBS affiliate KLAS-TV in Las Vegas this year that he is trying to learn his true identity.

"I don't know how old I am, or who I am, or what nationality, all those things you just take for granted," Fronczak said.

CBS Chicago reported that Fronczak set up a Facebook page - Who Is Paul Fronczak? - hoping to get clues about who his biological family is.

"I'm on that page every day, and anyone who knows anything, please post it," Fronczak said.