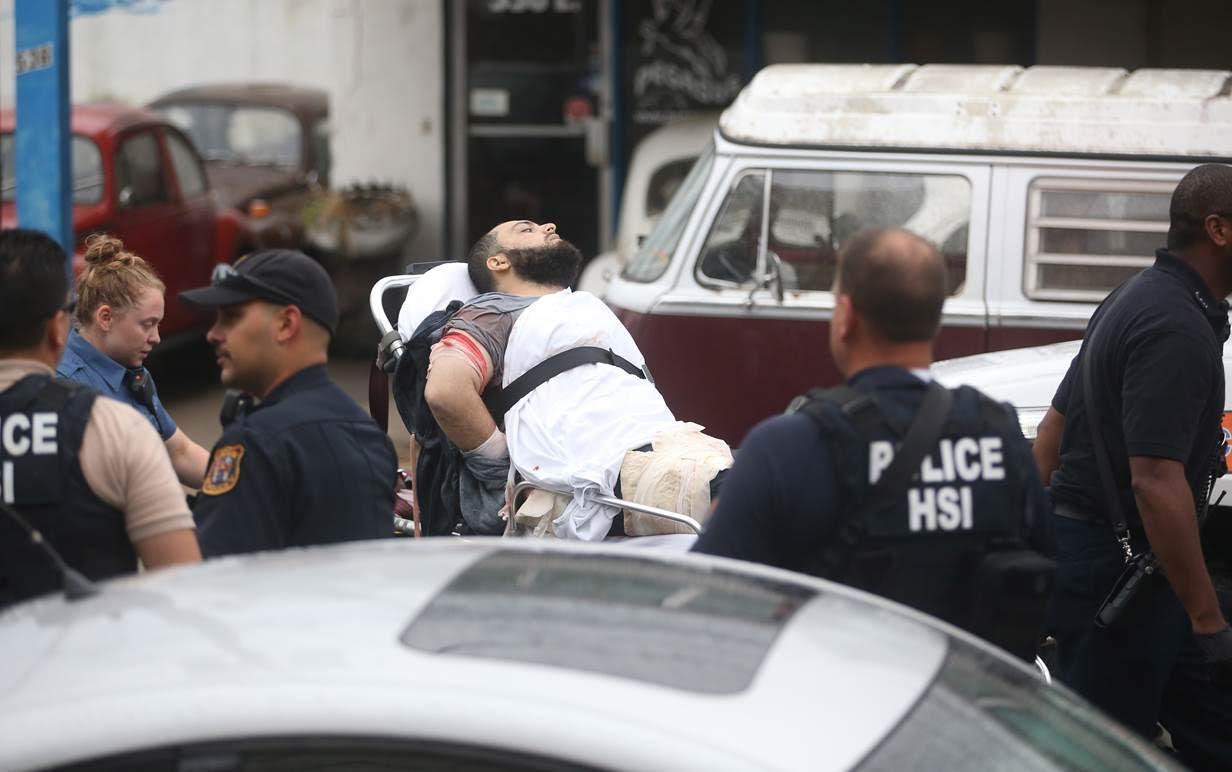 A criminal complaint was unsealed Tuesday at a federal court in Manhattan charging Rahami with four counts, including use of a weapon of mass destruction.

Investigators said Rahami packed the pressure cooker with BBs, ball bearings, Christmas lights, and an explosive called Tannerite.  He used a flip phone as a detonator. The bomb was similar to those used by the Boston Marathon bombers and a device left behind by the San Bernardino shooters, which did not go off.

“The investigation is ongoing, so as we develop more information, we continue to go but I have no indication that there is a cell operating here,” New York FBI Assistant Director William Sweeney Jr.

The complaint also includes excerpts from a handwritten journal authorities say they he wrote.

It says the writer lauded Anwar al-Awlaki, a U.S.-born cleric killed in a 2011 drone strike, and Nidal Hasan, the former U.S. Army major who went on a 2009 rampage at the Fort Hood military installation.

Prosecutors say the document ends: “The sounds of the bombs will be heard in the streets. Gun shots to your police. Death To Your OPPRESSION.”

It wasn’t immediately clear whether Rahami had a lawyer who could comment on the charges.

Officials tell CBS News the naturalized American citizen born in Afghanistan and living in New Jersey left behind a notebook, found with a bullet hole in it, along with a handwritten note.

However, investigators don’t know if he was directed by a terrorist group or inspired by one. William Sweeney Jr., the FBI’s assistant director in New York, said there was no indication so far that the bombings were the work of a larger terror cell.

In 2014, after a stabbing at the family home in New Jersey, police responded. Rahami was said to have stabbed one of his siblings.

When local police arrived, a neighbor told them that they had heard Rahami’s father yell to his son that he was a “terrorist.”

Police arrested Rahami for the stabbing, and called the Joint Terrorism Task Force. FBI and State Police responded. They interviewed the neighbor. In an interview the father said he had yelled “terrorist” in a moment of anger. The FBI began an “assessment.”

During the investigation, the father was re-interviewed. He again recanted the “terrorist” claim. Nothing was found to back up assertions that Rahami was a terrorist. The stabbing charges were never filed.

While officials say Rahami traveled to Afghanistan multiple times, and at least once to Pakistan, it’s not clear at all what exactly he did while in those places. An Afghan official tells CBS News that during Rahami’s last trip there, in 2014, he is believed to have traveled over land from Pakistan, as there is no record of him having entered through Afghanistan’s airports.