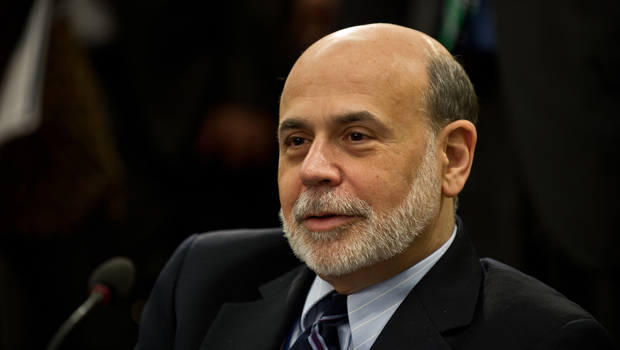 NEW YORK Ben Bernanke is intensifying speculation that this year will be his last as Federal Reserve chairman by deciding to skip the Fed's annual August conference in Jackson Hole, Wyoming.

Jackson Hole has long been a high-profile platform for speeches by Fed chairmen. Since taking over the Fed in 2006, Bernanke has been the marquee speaker each year. In 2010, he used his speech to signal that the Fed could launch another bond-buying program. Stock prices jumped in response to his remarks.

His second four-year term will end in January, and neither he nor President Barack Obama has signaled whether Bernanke will serve a third term.

The Jackson Hole retreat, sponsored by the Federal Reserve Bank of Kansas City, will be held Aug. 22-24. A Fed spokesman said Monday that Bernanke won't attend because of a "personal scheduling conflict." The spokesman didn't elaborate.

Tim Duy, an economics professor at the University of Oregon and author of the FedWatch blog, said Bernanke's decision suggests that he'll leave the Fed in January.

"I wonder if that indicates what we all believe," Duy said.

Can your boss tell you who to eat lunch with?

All eyes at the conference will likely instead focus on the Fed's vice chair, Janet Yellen, who is widely considered the front-runner to succeed Bernanke. Yellen, who previously led the San Francisco Fed, was appointed vice chair by Obama. Yellen has been a vocal supporter of Bernanke's low interest rate policies, and her selection would suggest that the Fed would continue those policies.

And if Yellen is the keynote speaker at Jackson Hole this year, "that would just confirm her front-runner status," said Zach Pandl, an economist at Columbia Management, an asset management firm.

Pandl said it's even possible Bernanke could inform the White House of his intention to leave, and Obama could publicly tap Yellen to succeed him, before Jackson Hole.

About 140 central bankers, economists, academics and government officials attend the annual conference, which is in its 37th year. In 2010, Bernanke used his speech to list the Fed's options for stimulating a weak economy, including a second round of Fed bond purchases to try to keep borrowing costs low. That was the approach Bernanke eventually announced two months later.

Several of Bernanke's comments this year have caused observers to speculate that he is ready to leave after eight grueling years, which included the financial crisis and Great Recession, and likely resume teaching at Princeton University.

Asked at a news conference last month about his plans, Bernanke said, "I don't think that I'm the only person in the world who can manage the exit" from the Fed's record-low-rate policies and $3 trillion in bond holdings. The Fed has vastly expanded its portfolio through bond purchases intended to keep rates low to encourage borrowing, spending and investing.

In congressional testimony in February, the normally circumspect Bernanke flashed impatience over criticism that the Fed under his leadership has escalated the risk of high inflation. Responding to a question from Sen. Bob Corker, a Tennessee Republican, Bernanke said, "None of the things you said are accurate."

"He didn't sound like someone who wanted to stick around in the job much longer," Duy said.

Bernanke said in December that the Fed would continue buying Treasury securities and mortgage-backed bonds until substantial progress was made in reducing unemployment. The unemployment rate remains a still-high 7.6 percent.

Assuming he does leave in January, Bernanke's absence from Jackson Hole would contrast with the 2005 conference, the last one before Alan Greenspan ended his 18-year tenure as Fed chief. That conference featured numerous encomiums to Greenspan's achievements at the Fed. Two years later, the financial crisis pushed the country into the worst recession since the Great Depression.

"In hindsight, it looks like the participants at the 2005 Jackson Hole conference missed the elephant in the room, which was the growing credit bubble and instability in the financial system," Pandl said.