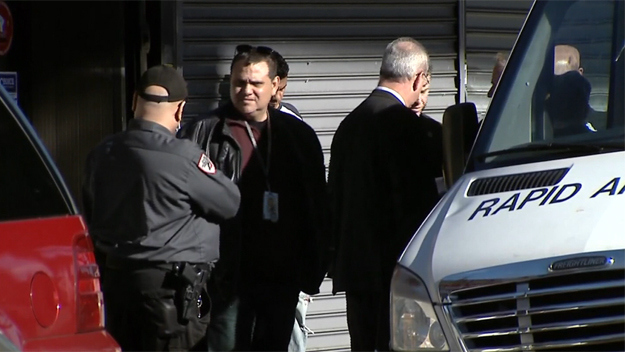 NEW YORK -- Three men have been arrested and charged in a series of daytime armored car robberies in the Bronx, reports CBS New York.

The robberies reportedly took place in August and December of last year.

During a holdup on Dec. 15, officials said one of the suspects exchanged gunfire with an armored car guard. No one was hit.

Santiago had previously worked as a driver for one of the armored car companies, officials say. According to the state corrections department, Santiago has been suspended without pay.

On Thursday, the three suspects appeared in a Manhattan federal court to face conspiracy to commit robbery and weapons charges.

Officials say that other members of the robbery crew remain at large.