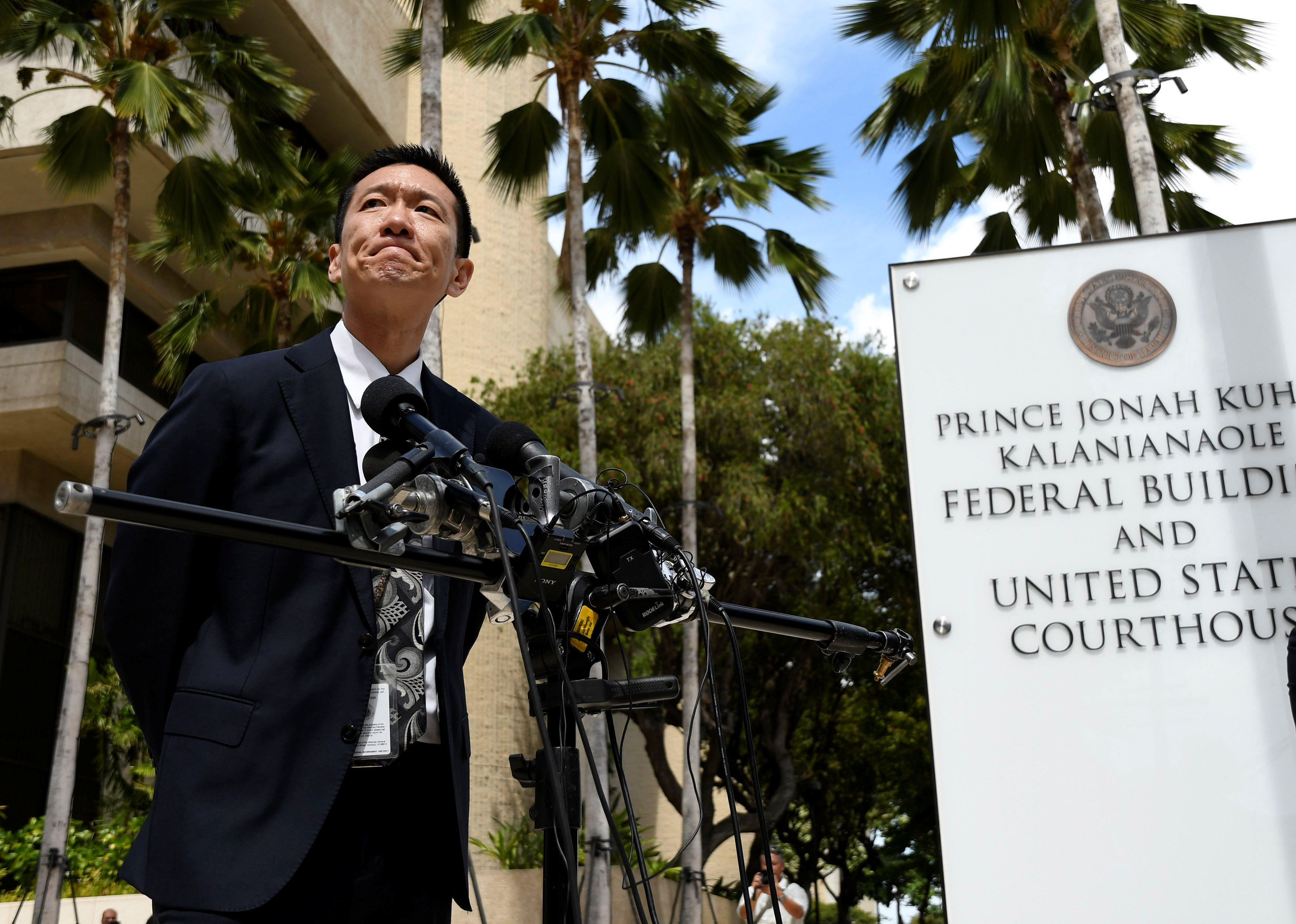 HONOLULU -- A federal judge in Hawaii is extending his order that blocks President Donald Trump’s travel ban until the state’s lawsuit works its way through the courts.

Seeking the longer-lasting hold, state Attorney General Douglas Chin argued that the ban’s implied message is like a “neon sign flashing ‘Muslim ban, Muslim ban’” that the government didn’t bother to turn off.

The Justice Dept. had said that if Watson grants the request, he should narrow the ruling to cover only the part of Mr. Trump’s executive order that suspends new visas for people from six Muslim-majority countries.

The Justice Dept. focused its arguments on the travel ban’s minimal impact in Hawaii, KGMB reports. Government attorney Chad Readler said a freeze on the U.S. refugee program had no effect on Hawaii.

“In fiscal year 2015, zero refugees were resettled in Hawaii,” Readler said. “Since, three refugees have resettled in the state, and they were from Burma, not anywhere on the travel ban.”

But Watson was critical of the argument, asking Justice Department lawyers whether the hearing was a “mathematical exercise,” according to KGMB.