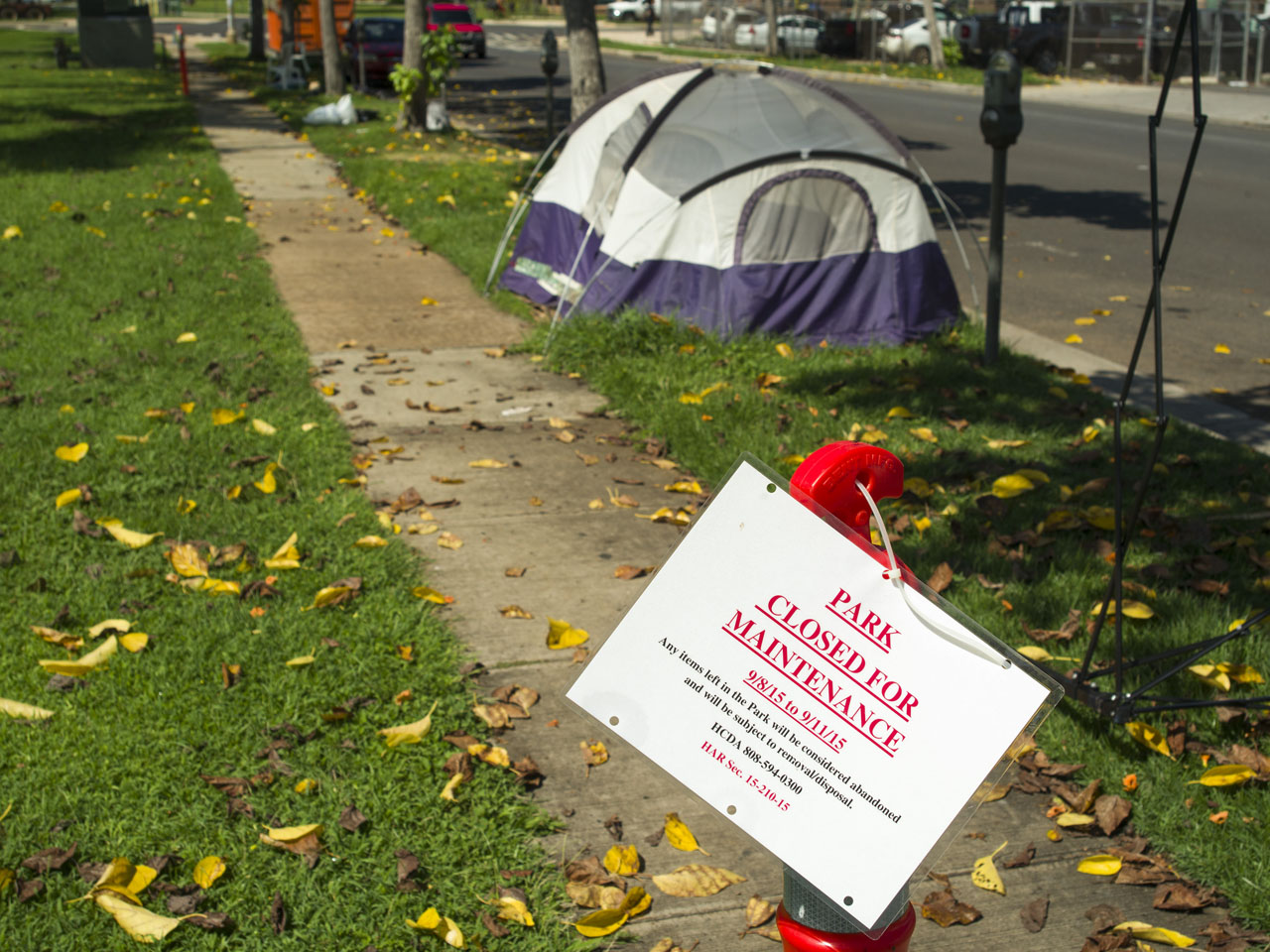 The ACLU asked U.S. District Judge Helen Gillmor to order the city to stop seizing and destroying people's property during the sweeps. Gillmor said she didn't have sufficient information to grant the request, which was filed Monday.

The city can't take away property "like a thief in the night," the motion said.

Attorneys representing the ACLU and residents of one of the nation's largest homeless encampments filed a lawsuit last week saying Honolulu's sweeps deprive homeless people of food and other belongings.

The lawsuit involves Honolulu's stored-property ordinance, which requires the city to give 24 hours' notice before seizing property and to store it so people can retrieve belongings for a $200 fee. The city's sidewalk nuisance ordinance allows the city to remove items without warning and discard items that crews decide are trash.

The city has posted signs saying it will destroy items such as tarps and poles, ACLU attorney Daniel Gluck told the judge. "Those are the kinds of things our clients use for shelter in the area," he said.

Ernest Nomura, an attorney representing the city, said the signs are purely informative, and that workers only remove and discard items that are obviously trash. He said the purpose of the sweeps is not to dismantle homes or destroy personal documents.

The essence of the lawsuit, Nomura argued, is that the plaintiffs want to live on public sidewalks, which they don't have a right to do.

Gluck responded that's not their claim. Instead it's about stopping the city from immediately destroying property, he said.

"Whatever they think is trash to them ... but to the homeless it's a necessity," one of the plaintiffs, Tabatha Martin, said after the hearing, which she attended with her 4-year-old daughter.

The ACLU argued for Tuesday's hearing, saying there's a sense of urgency for the judge to hear the case because sweeps are ongoing. Meanwhile, the city conducted a sweep on Tuesday.

Both sides will give the judge more information about the case before a preliminary injunction hearing, scheduled for December.

The city is pleased with the judge's decision, Honolulu Corporation Counsel Donna Leong said in a statement: "Honolulu's Stored Property and Sidewalk Nuisance ordinances have withstood challenges in federal court before and we believe they will survive the current challenge."