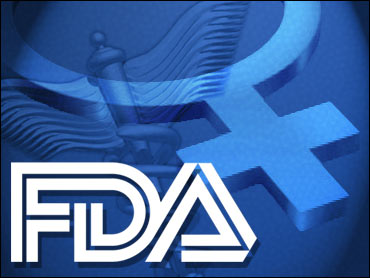 The lower-dose pills are less effective at preventing pregnancy than the first oral contraceptives approved beginning in 1960. Yet the newer drugs offer other health benefits or cause fewer side effects. That has split federal health officials on the need to define a pregnancy or failure rate that would be unacceptably high for next-generation pills.

Throughout the 1960s, the earliest birth control pills to win Food and Drug Administration approval failed just once per 100 woman-years of use. That is, for every 100 women taking the pills for a year, there was less than one pregnancy on average among them.

Today, newer pills contain less estrogen and progestin. Those pills can reduce the risk of blood clots, stroke and other sometimes deadly side effects. But as the hormone content of the pills has dipped, failure rates have climbed.

Over the last decade, the FDA has approved some pills with failure rates that exceed two pregnancies per 100 woman-years of use, according to agency documents. That is twice the rate considered acceptable in the 1960s.

But allowing the less-effective pills on the market can increase the options for women and their doctors, said Dr. Charles Lockwood of Yale University, acting chairman of FDA's reproductive health drugs advisory committee.

"We don't want an arbitrary number to be ascribed," Lockwood said after the panel declined to define a pregnancy rate that would be considered unacceptable.

While most women take the pill to prevent pregnancy, others rely on hormonal contraceptives to regulate their monthly periods or curb acne.

The FDA scheduled meetings both Tuesday and Wednesday with its outside experts to gather advice on future guidelines that drug makers could follow in seeking approval for new hormonal contraceptives.

The FDA is looking at how well studies done prior to approval of new birth control pills reflected their "real-world" use. Typically, that use is less consistent and reliable than it is in clinical studies.

Also, newer versions of the pill aren't being tested on women who reflect the broader population. The women in clinical trials are younger, skinnier and healthier than are U.S. women on average, panelists and other experts said.

The more clinical trials can mimic real-world use, the more confident women will be that the pills both work and are safe, Kirsten Moore, president of the Reproductive Health Technologies Project, a nonprofit advocacy group, told panelists.

"When expectations don't match up to reality, women are more likely to discontinue their contraceptive use and possibly expose themselves to unwanted pregnancies," Moore said.

The exclusion of smokers, obese and older women from clinical trials also underscores the need for large follow-up studies that assess the real-world safety and effectiveness of the oral contraceptives, advisers said. Who would fund those studies remains unclear.

For instance, the risk of pregnancy and blood clots both can rise in obese women who take the pill, Amy Allina, program and policy director with advocacy group National Women's Health Network, told the panel. The pills also appear not to work as well in overweight women, according to the FDA.

The FDA acknowledged that its own staff is split over whether to establish an acceptable failure rate for pills — and, if so, what that rate should be. The FDA isn't required to follow the advice of its advisory committees, but usually does.

Several panelists suggested that any birth-control pill that isn't highly effective or offers some other benefit simply wouldn't sell, making the issue moot.

"If a new product isn't as good as what's out there, clinicians aren't going to prescribe it unless there's something there," said Lorraine Tulman of the University of Pennsylvania's School of Nursing, the panel's consumer representative.

Nearly 12 million U.S. women were on the pill as of 2002, making it the nation's leading method of contraception, according to a recent study by the Centers for Disease Control and Prevention.