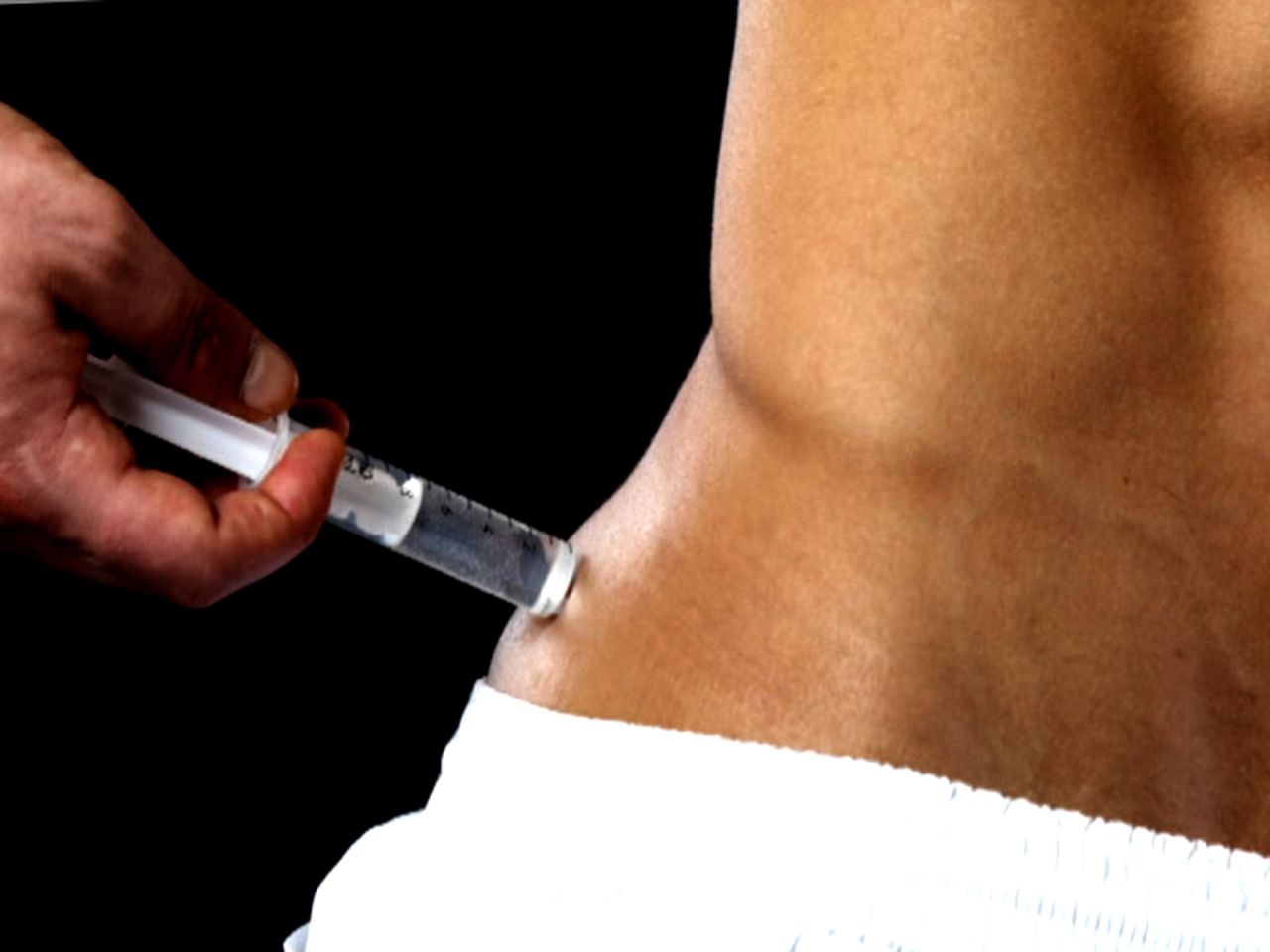 WASHINGTON -- Drugmaker Endo Pharmaceuticals announced Thursday that it received U.S. approval from the Food and Drug Administration for its long-acting testosterone injection Aveed, which joins a crowded field of hormone-boosting drugs aimed at aging American men.

The Irish drugmaker said the FDA approved Aveed for men with low testosterone, a condition sometimes associated with fatigue, weight gain and low libido. Endo's injection is to be taken once every 10 weeks, versus weekly or biweekly dosing for currently available products. The company said in a statement it expects to launch the drug this month. The Dublin-based company already markets Fortesta, a prescription gel form of testosterone, the male hormone that begins to decline after age 40.

In January the FDA said it was reviewing the safety of the drugs after a federal study of 45,000 patients suggested testosterone therapy could double the risk of heart attack in men 65 and older. Last month the consumer advocacy group Public Citizen called on FDA regulators to add a bold, black box warning label about the cardiovascular risks to all testosterone drugs.

The approval was criticized by Public Citizen's Health Research Group founder Dr. Sidney Wolfe, who sent a letter to the FDA Thursday asking it to reverse its decision. He noted that an FDA panel of outside advisers issued a split opinion on Aveed's safety last year, voting 9-9 on the question of whether the drug was safe for treatment of low testosterone. He adds that the meeting, held last April, did not include a discussion about heart risks.

"It is likely, if not certain, that the vote against safety would have been even greater had there been a presentation and discussion of the cardiovascular risks known at that time," Wolfe states.

A study in November 2013 also found an increased risk for heart attack, in addition to strokes and death among men on the supplements.

FDA spokeswoman Andrea Fischer said in a statement that the FDA is continuing its review of testosterone products, but there is no evidence that Aveed's risks are any greater than those of other testosterone drugs already on the market.

"The FDA's current view is that the benefits of testosterone therapy, including Aveed, outweigh the known risks when used as directed in patients for whom the drug is indicated," Fischer said.

FDA labeling on the drugs states that they are only to be used for men who have been diagnosed with hypogonadism, a form of abnormally low testosterone caused by injury or medical illness.

But the latest advertising push by drugmakers has focused on otherwise healthy older men with lower-than-normal levels of testosterone.

Drugmakers and many doctors claim testosterone therapy can reverse some unpleasant side effects of aging - ranging from insomnia to erectile dysfunction. Those claims are mostly based on short-term studies.

Testosterone supplements have been gaining in popularity for me.