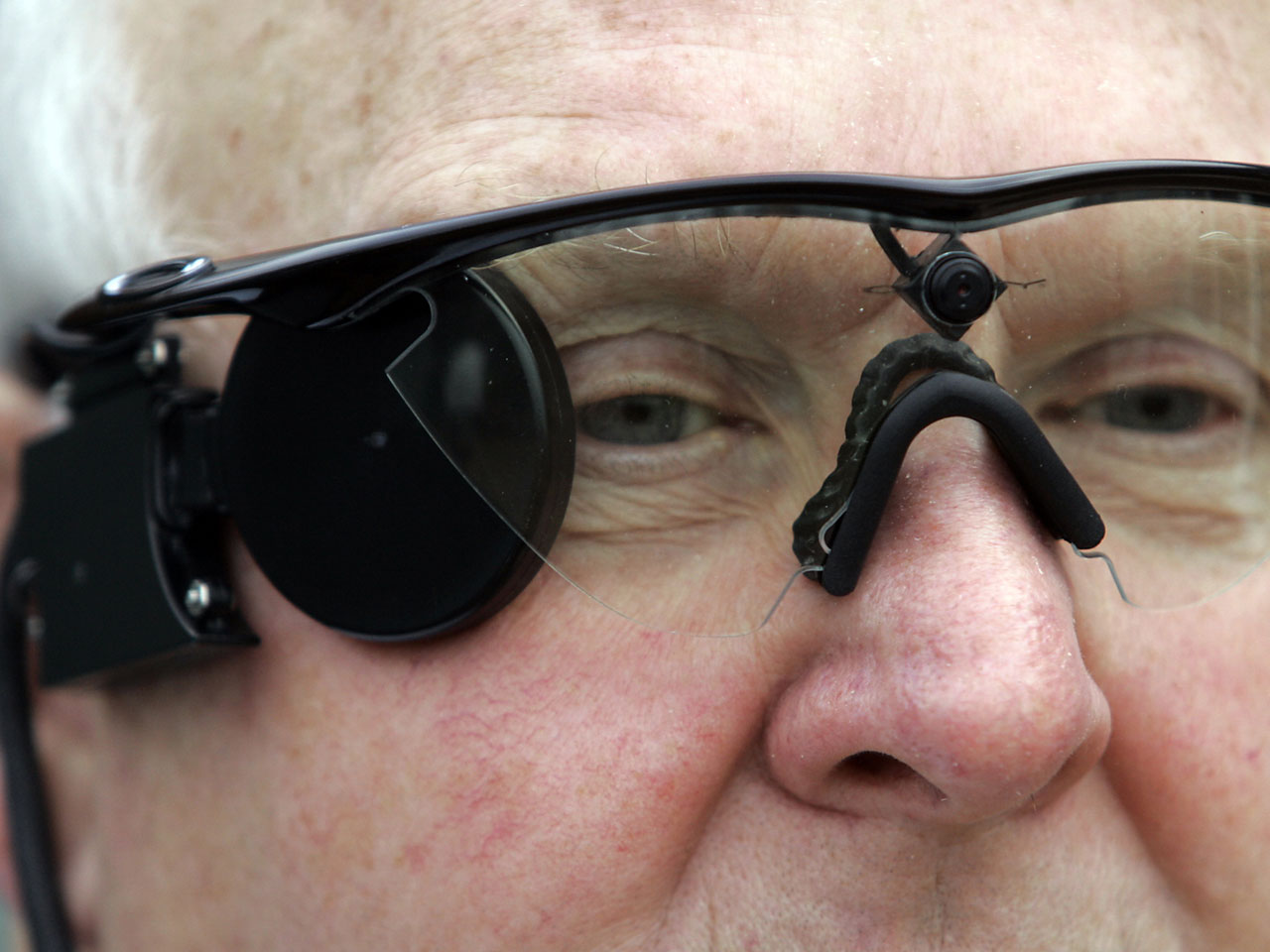 The approval of the first artificial retinal implant by the Food and Drug Administration on Thursday has doctors talking "bionic eye."

The eye disease, which often runs in families, damages the cells in the eye's retina. The retina is a tissue layer at the back of the inner eye that converts images to nerve signals which it then sends to the brain, allowing us to see.

About 1 in every 4,000 people has retinitis pigmentosa (RP), which can manifest as trouble seeing at night or in low light, loss of peripheral vision (tunnel vision) or loss of central vision in those with advanced cases. People with the disease can go blind.

The new device is approved for patients 25 and older. It includes a small video camera and transmitter mounted to a pair of eyeglasses, a video processing unit and an artificial retina with electrodes (left). The video processing unit transforms the images taken from the video camera into electronic data that is wirelessly sent to the artificial retina to produce images.

The device aims to mimic the retinal cells' function to improve a patient's ability to recognize images and movements, and detect light and dark in the environment. The FDA, however, said the device won't restore patient's vision completely.

"This new surgically implanted assistive device provides an option for patients who have lost their sight to RP -- for whom there have been no FDA-approved treatments," Shuren said in an FDA statement.

A small study of 30 patients with RP who received the device showed that most were able to perform basic activities better after getting the prosthesis, including walking on a sidewalk without stepping off, or matching socks by color. Eleven of the patients experienced side effects including retinal detachment, erosion of the eye's protective covering the conjunctiva, and splitting open surgical wounds.

The device is manufactured by Second Sight Medical Products, Inc. of Sylmar, Calif.

Dr. Robert Cykiert, a clinical associate professor of ophthalmology at NYU Langone Medical Center in New York City, described the device's effects on patients as night and day -- as if someone was in a dark closet and had the lights turned on.

"This new technology would help 100,000 people and could really improve their quality of life. They won't be able to read fine print, but they'll be seeing well enough to possibly walk down the street, avoid bumping into lamp posts and cars, and possibly even cross the street," Cykiert told CBS This Morning Friday.

The device may cost patients around $150,000, CBS This Morningreported.

CBS News medical correspondent Dr. Jon LaPookreported on the device in March 2011 (video left), when it was approved for commercial use in Europe.