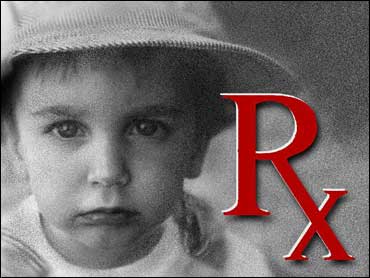 Children accounted for 19 of the deaths and 26 of the cases of nonfatal cardiovascular problems, including heart attack, stroke, hypertension, palpitations and arrhythmia, according to a Food and Drug Administration report released Wednesday.

The FDA report also includes data on another 26 deaths between 1969 and 2003 in ADHD drug patients. Those include death by suicide, intentional overdose, drowning, heat stroke and from underlying disease.

The report's release came a day before an FDA panel was to discuss new ways of examining the potential cardiovascular risks of the drugs, which include amphetamines such as Adderall, and methylphenidates, sold as Ritalin, Concerta, Methylin and Metadate.

The few studies that have looked at longer-term use of ADHD drugs provide little information on those risks, the FDA said. The cardiovascular risks include heart attack, stroke, hypertension, palpitations and arrhythmia.

Sales of drugs to treat ADHD have increased sharply in recent years, with use growing at a faster rate among adults than children, according to a recent study by Medco Health Solutions, a prescription benefit manager. Spending on ADHD drugs soared from $759 million in 2000 to $3.1 billion in 2004, according to IMS Health, a pharmaceutical information and consulting firm.

A Canadian panel eventually concluded there was inadequate evidence of increased harm from Adderall XR compared with other available therapies, a conclusion the FDA also reached based on data on hand.

The FDA review released Wednesday found fewer than one adverse event — that is, a death or serious injury per 1 million ADHD drug prescriptions filled, with the sole exception of the 1.79 cases per million of nonfatal cardiovascular or cerebrovascular problems reported in adults treated with amphetamines.

Also, in some of the cases, the children who died were later found to have had undiagnosed heart conditions. And in three of the five cases of death in adults receiving amphetamine treatment, the patients had pre-existing hypertension. That suggests hypertension "may be an important risk factor for sudden death in the adult population," the report said.

However, the report noted, the rare occurrence of sudden death in children treated with drugs for ADHD "warrants close monitoring." One possibility would be to add labeling to the drugs that would recommend that doctors consider the benefits and risks of prescribing the drugs to patients with heart problems, the report concluded.

The FDA has asked its Drug Safety and Risk Management advisory committee to discuss the feasibility of different ways of studying whether the deaths are linked to use of the drugs, as well as specific ways of conducting such studies.

That earned the FDA a rebuke from Sen. Chuck Grassley, R-Iowa, who contended such work should have already begun.

In a letter sent Monday to acting FDA commissioner Dr. Andrew von Eschenbach, Grassley said in part, "I remain concerned that while both psychiatric and cardiovascular risk signals have cropped up across this class of drugs this past year, it appears that FDA is just now beginning to 'discuss approaches' for studying these risks."