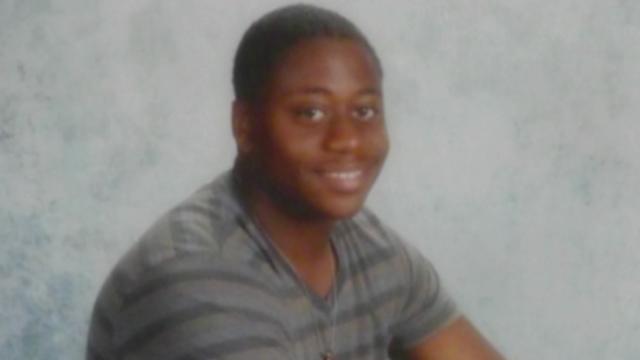 BLADENBORO, N.C. - The FBI is looking into the death of a black teen after his family questioned the official ruling that the young man found hanging from a swing set at a trailer park had committed suicide, a prosecutor confirmed Friday.

An emergency caller found 17-year-old Lennon Lacy hanging by a dog leash and a belt Aug. 29 in the town of Bladenboro, N.C., his feet 2 inches off the ground. Lacy's mother and supporters with the North Carolina chapter of the National Association for the Advancement of Color People (NAACP) said there are too many unanswered questions after the state medical examiner ruled the teen had killed himself.

CBS affiliate WRAL reported Lacy's family members and NAACP officials have called the teen's death a "possible race-based homicide," saying local authorities rushed to reach a conclusion and did not fully investigate the case. Heather Rattelade, an attorney for the Lacy family, told 48 Hours' Crimesider on Monday that the NAACP is not taking any position on what may have led to Lacy's death -- they are only requesting a full and complete forensic investigation to determine whether it was suicide.

The teen's mother, Claudia Lacy, told the Associated Press on Monday that her son had no reason to commit suicide.

"I know my child," she said. "As a mother, I would have sensed if something was wrong to the point that he was going to harm himself."

Dr. Christena Roberts, a pathologist hired by the NAACP to assess the teen's autopsy, found that the state medical examiner, who ruled the death a suicide, was never provided with photos of the swing set, making her unable to determine if it was possible for the high school junior to hang himself from it.

According to the report issued by Roberts, Lacy was 5 feet 9 inches tall, while the cross beam on the swing set was 7.5 feet from the ground. There were no swings attached to the structure, nothing on the scene that he could have stood on and a grommet that the noose was tied to was nearly 2 feet away from the swing's climbing platform, Roberts found.

Bladen County District Attorney Jon David confirmed to The Associated Press on Friday that an FBI agent has been assigned the case. David has previously said he has seen no evidence of foul play in the case.

Likewise, Teresa West, a spokeswoman with the State Bureau of Investigation, said agents have addressed all viable leads.

The Rev. William Barber, president of the North Carolina chapter of the NAACP, however, has said questions remain that need to be answered, including why Lennon Lacy was found hanging from a dog leash and a belt he didn't own.

In a statement released Friday, Barber said the FBI's decision to join the effort "to crack the small-town code -- to cover for the errors in handling the death scene -- to ensure that state of the art forensics are applied here, and to re-interview people who know about Lennon's efforts to begin building bridges between different groups in Bladen County is a great step forward toward justice."