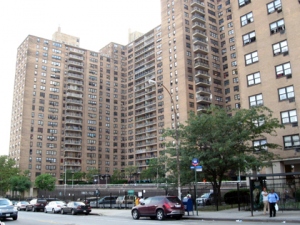 (CBS/AP) NEW YORK - Authorities are searching for one of the reputed leaders of the violent New York City "Folk Nation" gang that they say is responsible for a series for armed robberies and shootings.

The FBI says Devon Rodney was still a fugitive on Wednesday, a day after charges were announced against the Brooklyn-based crime group. Gang member suspect Rahleek Odom was also is being sought.

Federal prosecutors say Folk Nation is responsible for at least four murders, three attempted murders and six robberies. One of the victims was a 10-year-old bystander who was shot and injured during a turf war.

The men also are accused in the armed heist of a Hackensack, N.J., jewelry shop. Authorities say they also robbed people after using Internet ads to lure them to secluded spots.

According to CBS New York, U.S. Attorney Loretta Lynch said of "Folk Nation":  "Their violence spread beyond the gang world to the streets and playgrounds of Brooklyn."