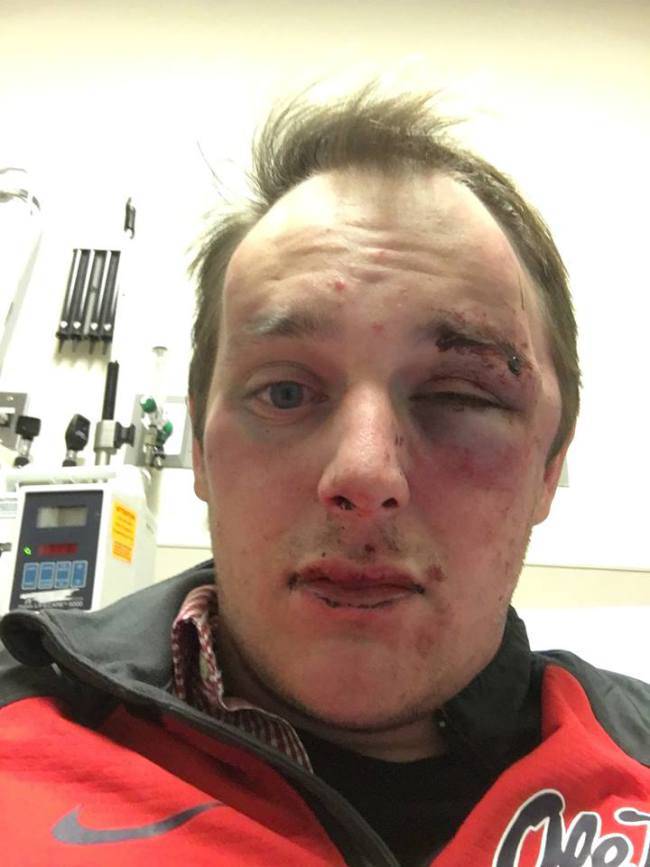 OXFORD, Miss. -- A New Albany police officer has been suspended with pay during an investigation about whether he punched a spectator at Saturday's Ole Miss-LSU football game.

University Police Chief Tim Potts said in a news release Monday that his department asked the FBI to conduct an independent investigation of the incident, which was caught on a cellphone video and posted to Facebook.

The video, which appeared to be shot from several seats away, showed an officer punching a man who was standing in the bleachers near other Ole Miss fans. Because of announcements and music played over the loudspeakers at Vaught-Hemingway Stadium, the video does not capture what was said between multiple officers and the man who was punched.

"We do not tolerate violent behavior on our campus, and our request for an independent FBI investigation should make it clear that we are taking this situation very seriously," Potts said.

CBS affiliate WJTV reports that Holly Barnes posted the video on social media saying that her husband, who is a two-time veteran, was hit twice in the face and then arrested by a police officer.

Barnes says he posted bail four hours later and was taken to the hospital where he was diagnosed with a concussion, fractures to his orbital wall and maxillary sinus and contusions to the tissues of his eyes.

According to Barnes, the officers thought he did something that someone a few rows up did and blamed him and his friends.

Jason Pack, spokesman for the FBI in Mississippi, said in a statement that agents are in touch with university police. Pack said they will review the incident and consult with the U.S. attorney about "the appropriate course of action."