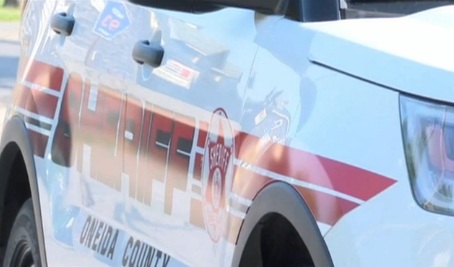 SYRACUSE, N.Y. -- A correction officer who opened a package left by his mailbox that exploded outside his home is in critical condition, Gov. Andrew Cuomo said Monday after visiting the officer's family at the hospital where he is being treated.

"He's in critical condition, but we keep fingers crossed and you pray for the best," the Democratic governor said.

Cuomo said the officer is getting "the best care he can get" at the burn unit of Upstate University Hospital in Syracuse.

The victim is "in exactly the right place," the governor said, CBS affiliate WTVH reported.

Authorities say the 52-year-old correction officer suffered serious burns to his hands and arms Sunday morning when he opened a package near his mailbox in the Oneida County town of Lloyd, about 35 miles east of Syracuse.

The FBI is aiding state police and local law enforcers with the investigation, Cuomo said, adding that it's not known whether the blast was related to the victim's work.

Sheriff Robert Maciol said earlier Monday that investigators spent 12 hours processing evidence at the scene. No arrests have been made.

The injured officer's name has not been released.