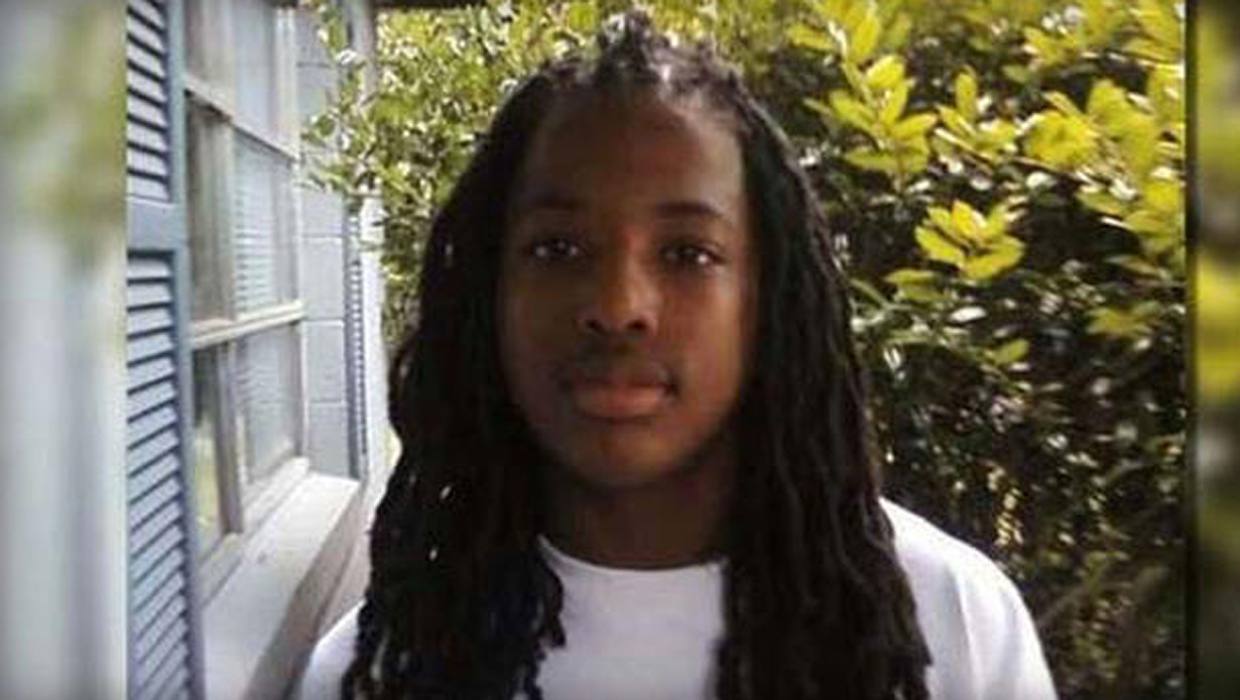 VALDOSTA, Ga. - The brothers accused in a civil suit of killing Kendrick Johnson, the Georgia teen found dead inside a rolled-up gym mat in his high school two years ago, are suing Johnson's parents for defamation, reports the Valdosta Daily Times.

The brothers, along with their FBI agent father, filed the lawsuit last week in response to a $100 million wrongful death suit filed by Kenneth and Jacquelyn Johnson in January, which claimed the FBI agent encouraged his sons - who were schoolmates of Kendrick Johnson - to "violently assault" the teen, leading to his death.

No charges have been filed in the 17-year-old Johnson's January 10, 2013 death. The Lowndes County Sheriff's Office ruled the teen's death a freak accident, saying he fell head-first into an upright mat in the gymnasium at Lowndes High School in Valdosta while trying to retrieve a shoe, and became trapped. An autopsy conducted by the Georgia Bureau of Investigation (GBI) agreed, citing asphyxiation as the cause of death.

Johnson's family, however, insisted there was foul play involved and had their son's body exhumed for a second autopsy. It was then that a private pathologist concluded the teen died of blunt force trauma to the neck and said his organs were missing and the teen's body had been stuffed with newspaper.

Since then, Johnson's family and their attorneys have zeroed in on two brothers - the sons of the FBI agent - who the family contends were on campus when Johnson was last seen alive. Johnson's family say the brothers had motive to harm their son since one of the brothers had previously been in a fight with Johnson on a school bus about a year before Johnson's death. The Johnson family alleges local officials conspired to cover up the crime.

The Lowndes County Sheriff's Department, however, has stood by its finding that Johnson's death was accidental and maintains at least one of the brothers was not on campus when Johnson was last seen alive, and the other was in another part of the building. No charges have been brought in the case.

The countersuit filed last week by the FBI agent and his two sons alleges the Johnson family disparaged them in statements made online and to the media about how their son Kendrick died, reports the Valdosta Daily Times. The suit seeks $1 million in damages.

Furthermore, the countersuit denies allegations the brothers and their father were involved in the death of Kendrick Johnson in any way and states that accusations made in the Johnsons' wrongful death suit lack "substantial justification" and contain "a complete absence of any justiciable issue in law or fact," according to the paper.

A federal investigation into Kendrick Johnson's death initiated in October 2013 by U.S. Attorney Michael Moore is ongoing. A grand jury was hearing evidence.