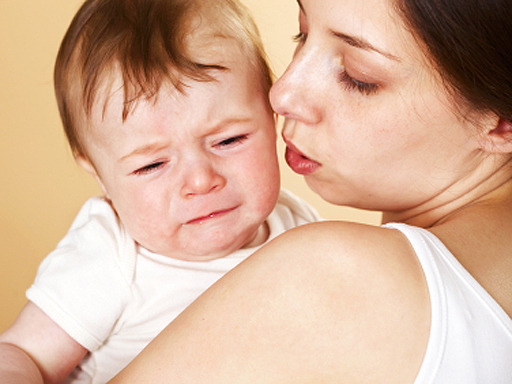 (CBS) The exact cause of postpartum depression remains unknown, but new research has identified the fatty acids in fish oil as a possible remedy.

Researchers showed that women who took fish oil supplements during pregnancy and after childbirth were less troubled by the disorder, which causes symptoms ranging from sadness and crying to worry, constant fatigue, and thoughts about suicide or harming the baby.

Results of the study were scheduled to be presented on April 12 at the Experimental Biology 2011 conference in Washington, D.C., according to a written statement released by the Federation of American Societies for Experimental Biology, which sponsored the event.

The study - conducted by a team led by Dr. Michelle Price Judge of the University of Connecticut School of Nursing - involved 52 pregnant women. For five days a week from weeks 24-40 of pregnancy, 26 of the women took a capsule containing 300 mg of docosahexaenoic acid (a key component of fish oil). That amount is roughly the same amount contained in a half-serving of salmon. During the same period, the other 26 took a dummy pill containing corn oil.

At the end of the study, the women were evaluated and given a score indicating the severity of any symptoms of postpartum depression.The women who got fish oil got significantly lower scores, meaning they were less troubled than the other women by symptoms like anxiety and "loss of self."

Judge and her coworkers concluded that "DHA consumption during pregnancy - at levels that are reasonably attained from foods - has the potential to decrease symptoms," according to the statement.

But some scientists aren't convinced.

"This study is interesting but must be replicated on a larger scale with proper controls for a number of medical and psychosocial factors before concluding that omega-3 fatty acid consumption lowers the risk of postpartum depression," Dr. Shari I. Lusskin, director of reproductive psychiatry at NYU Langone Medical Center in New York City, told Healthday."In the meanwhile,following a healthy diet can only be a good thing for the pregnant woman and her developing baby."

About 13 percent of pregnant women and new mothers experience depression and related symptoms, according to the American Medical Association. Postpartum depression is often treated with psychotherapy and sometimes with antidepressant or antipsychotic medication.