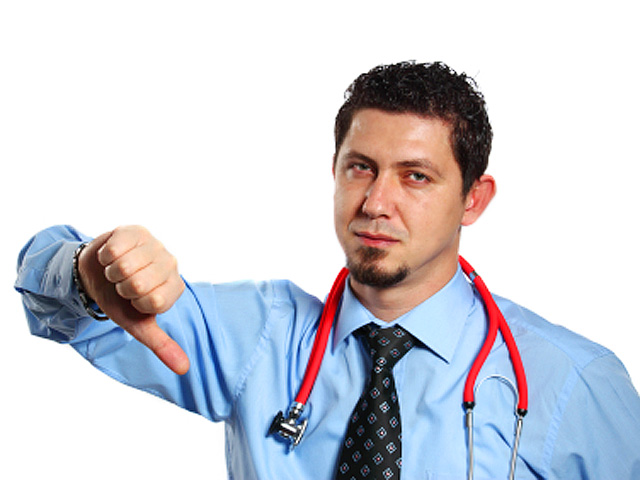 CBS) No fatties allowed! That seems to be the policy of some doctors in Florida - and medical ethicists are crying foul.

In a poll of 105 obstetrics-gynecology practices in South Florida, 15 said they refuse to treat even healthy patients who exceed certain weight cut-offs. Some practices set the cut-off at 200 pounds.

The poll was conducted by the Fort Lauderdale's Sun Sentinel newspaper.

Why the no -fat-patients policies? Some practices said their exam tables and other equipment couldn't handle the extra load, the paper reported. Others said they avoid fat patients because they are more likely than thinner patients to develop hard-to-treat medical complications.

"People don't realize the risk we're taking by taking care of these patients," Dr. Albert Triana, whose South Miami practice declines to treat obese patients, told the paper. "There's more risk of something going wrong and more risk of getting sued. Everything is more complicated with an obese patient" when it comes to gynecological surgery or pregnancy.

It may be true that obese patients are harder to take care of, Dr. Charles D. Rosen, president of the Association for Medical Ethics, told CBS News. But, he said, that doesn't mean it's okay for doctors to exclude fat patients from their practices.

More than a third of adults in the U.S. are obese. If that percentage goes up much more, "unethical" might not be the only label some use for doctors who decline to see fat patients. What else might they be called?

What do you think? Should doctors be able to turn away fat patients? Or is that unfair?